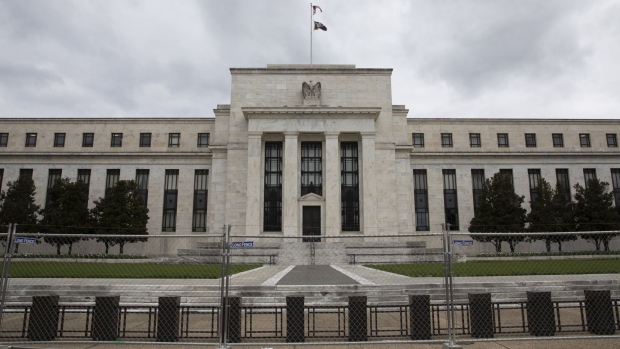 (Bloomberg) -- Federal Reserve Bank of Richmond President Thomas Barkin said the central bank was resolved to curb red-hot inflation, even if that meant risking a US economic recession.

“We’re committed to returning inflation to our 2% target and we’ll do what it takes to get there,” Barkin said Friday during an event in Ocean City, Maryland. He said that this could be achieved without a “tremendous decline in activity” but acknowledged that there were risks.

“There’s a path to getting inflation under control but a recession could happen in the process,” he said.

The US central bank hiked interest rates by 75 basis points in July for the second straight month as policy makers tackle inflation that’s running near 40-year highs. Fed officials speaking in recent days have said more rate increases are needed, but they are still deciding how big to move at their next policy meeting.

“We have a lot of time still before September,” Barkin told reporters after his remarks, noting that there are eight weeks between the July and September meetings. He said his decision on the size of the rate hike needed next month will be based on what economic data shows about the strength of the US economy and whether inflation is starting to fade.

A Labor Department report for July showed that the US economy added 528,000 jobs that month, more than double what forecasters were projecting, and the unemployment rate ticked down to 3.5%, matching the pre-pandemic low.

But a separate report on Aug. 10 showed that consumer prices rose 8.5% in the 12 months through July, down from the 9.1% increase in the year to June that had marked the highest inflation rate since 1981. Officials will be able to review another jobs report and one more reading on consumer inflation before they meet next month. The Fed official said there is a chance some economic data could be revised, making it more challenging for officials to set policy.

Barkin, who does not have a vote in monetary policy decisions this year, said it is important for the Fed to get rates into “restrictive” territory, where they are putting downward pressure on inflation. The policy maker said he’s “been supportive of front-loading” rate increases, but said there is uncertainty over what level of rates are considered neutral, meaning that they neither slow down nor stimulate the US economy.

(Updates with Barkin comments to reporters after speech)