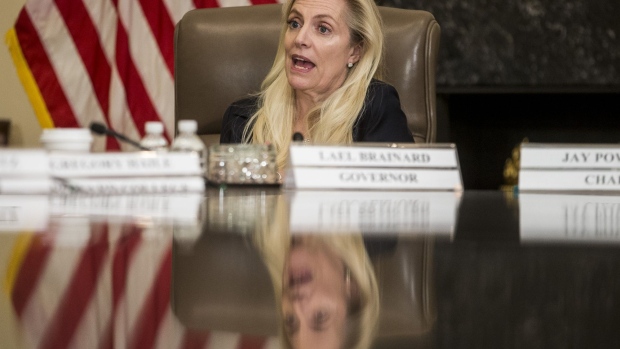 (Bloomberg) -- Federal Reserve Governor Lael Brainard said the U.S. economy faces “considerable uncertainty” in the months ahead and called for continued support from both the central bank and fiscal policy makers to help the country recover from the coronavirus pandemic.“Fiscal support will remain essential to sustaining many families and businesses,” Brainard said Tuesday in the text of remarks to the Brookings Institution, adding the timing and size of that support was a “key factor” in the outlook. “It will be important for monetary policy to pivot from stabilization to accommodation.”

Chair Jerome Powell last week announced a new framework for monetary policy that takes a more relaxed attitude toward inflation to tackle the problem of it being too low for many years. The shift means the Fed will allow the job market to run hotter, and price pressures to float higher, without triggering interest-rate increases.

In a revised statement of its longer-run goals, the Fed also shifted its focus to “shortfalls” of maximum employment, which it now calls a “broad-based and inclusive goal.” This gives it more leeway to pursue low unemployment, so long as price pressures remain contained.

“This change implies that the committee effectively will set monetary policy to minimize the welfare costs of shortfalls of employment from its maximum and not preemptively withdraw support,” Brainard said. “I would expect the committee to accommodate rather than offset inflationary pressures moderately above 2%, in a process of opportunistic reflation.”

The long-awaited review comes as the central bank faces enormous challenges to support the economy from the fallout of the pandemic. Unemployment was 10.2% in July and the Fed’s preferred inflation benchmark, minus food and energy, stood at 1.3% compared with a year ago.

To make up for periods when inflation runs persistently below its 2% target -- as has been the case for most of the last decade -- the central bank will now seek inflation that average 2% over time and explicitly tolerate a moderate overshoot of that level.

Fed Vice Chair Richard Clarida said Monday that undershooting the 2% inflation target risks allowing public expectations for future price pressures to slip progressively lower.Last week’s move retained the Fed’s discretion over how it pursues its dual mandate for maximum employment and stable prices, though it also stressed that threats to a stable financial system could cause officials to veer from the strategy temporarily.

“The statement codifies the key lesson from the Global Financial Crisis -- that financial stability is necessary for the achievement of our statutory goals of maximum employment and price stability,” Brainard said.