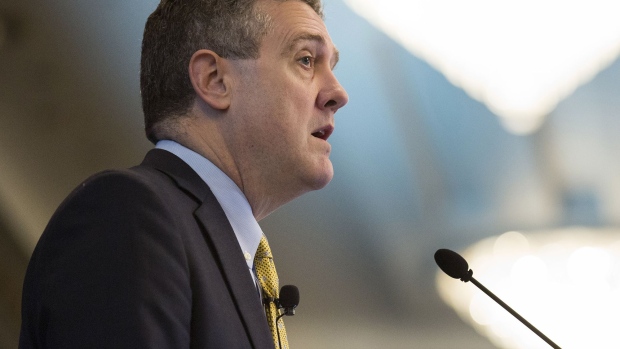 “While I do think there is some probability that this will naturally dissipate over the next six months, I wouldn’t say that’s such a strong case that we can count on it,” Bullard said Thursday during a virtual discussion hosted by the Euro 50 Group. “I would put 50% probability on the dissipation story and 50% probability on the persistent story.”

Bullard said he favored the Federal Open Market Committee beginning to scale back its emergency pandemic support next month by tapering asset purchases and completing the process by the end of the first quarter, faster than many of his colleagues prefer.

Chair Jerome Powell told reporters during a post-meeting press conference that the process of tapering their $120 billion in monthly asset purchases would likely end around mid-2022.

Bullard wants a more rapid pace that is completed by the end of the first quarter to give policy makers the flexibility to raise rates sooner if needed to keep inflation in check. He does not vote on monetary policy this year.

Measures of inflation are at 30-year highs, Bullard said, citing a core measure of Fed’s preferred personal consumption expenditures price index. Minus food and energy, it rose 3.6% in the 12 months through August -- the highest rise since 1991

“I think this is concerning,” Bullard said, adding some gauges of inflation expectations have gone up sharply.

While the Fed’s goal has been a modest overshooting of its 2% target to make up for past misses, Bullard said, “that is not really the problem. The problem now is that we will overdo it and have too much inflation.”