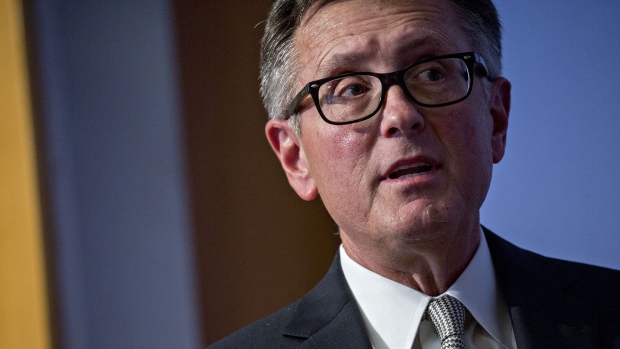 “We’re not going to even begin to think about lifting off, we expect, until we actually get observed inflation -- and we measure it on a year-over-year basis, equal to 2%,” Clarida said Wednesday in a Bloomberg Television interview with Tom Keene, Lisa Abramowicz and Jonathan Ferro. “That’s at least -- we could actually keep rates at this level even beyond that.”

The Federal Open Market Committee last week signaled rates would stay near zero through 2023 and adapted their post-meeting statement to reflect their new strategy -- of allowing inflation to rise above 2% after periods of under-performance. The guidance has generated some diverse takes from various Fed officials and economists, with Chicago Fed leader Charles Evans this week raising the possibility of raising rates prior to reaching 2% on average.

“We don’t want it to be a fleeting, you know, one quarter and done,” Clarida said. “At that point we will assess what is the appropriate liftoff and timing, but that’s really down the road.”

The vice chairman said that liftoff is several years off, as the economy is recovering from the deepest recession since the Great Depression in the 1930s. He repeated the Fed’s call for additional fiscal support to help speed the recovery.

“The economy is recovering robustly, but we are still in a deep hole,” he said. “Long term, the U.S. needs to get back on a sustainable fiscal path, but you don’t want to start that in the midsts of the worst economic hit in 90 years.”

(Updates with comments in fourth paragraph.)