“Through that April employment report, we have not made substantial further progress,” Clarida said Monday, referring to the central bank’s guidance on when it will start to taper bond buying. Answering questions after a virtual speech to an Atlanta Fed conference, he said “as we go through the year” policy makers will weigh the data and “we will certainly give advance warning before we anticipate scaling back the pace of those purchases.”

Employers added 266,000 new jobs last month, which was dramatically fewer than the 1 million forecast by economists surveyed by Bloomberg, while unemployment rose to 6.1 per cent. 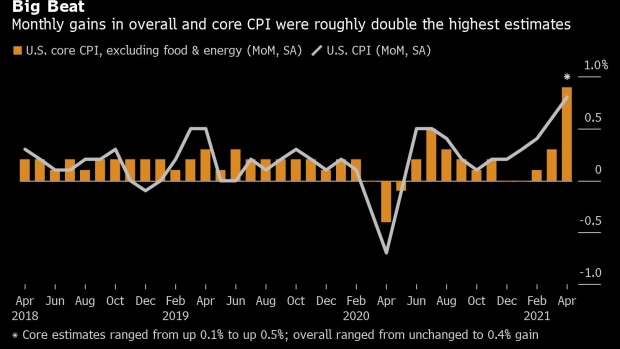 The Fed has pinned interest rates near zero to help the economy recover from the pandemic and vowed to maintain a US$120 billion monthly pace of asset purchases until the U.S. has made substantial further progress on employment and inflation.

Critics warn that ultra-easy monetary policy is stoking inflation and point to the steepest increase in consumer prices last month since 2009 as proof.

Clarida said the recovery should pick up steam, with output growing by six per cent or possibly seven per cent this year, but the labor market remained in a deep hole caused by COVID-19 and any rise in prices should prove temporary due to supply and demand mismatches as the economy reopens.

“The way in which we bring supply and demand into balance in the labor market, especially in the service sector, may take some time and may produce some upward pressure on prices as workers return to employment,” Clarida said, pointing to the April jobs report as evidence. “ We have to be attuned and attentive to that data flow.”