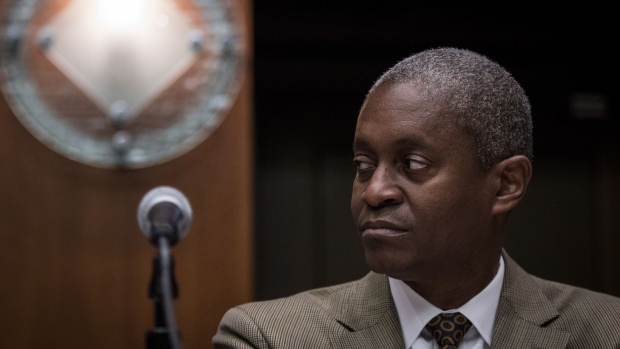 “People are wanting to have this conversation,” Bostic said in a wide-ranging interview.

In an economic crisis that’s disproportionately hurting minorities and the poor, he said policymakers need to speak out against racism, take action to create more opportunities, and encourage other efforts when their own tools are lacking.

Bostic said he’s looking at a proposal for the Fed to target Black unemployment, which was still rising last month even as the overall rate began to decline from its lockdown peak.

He’s also worried about black-owned businesses surviving the pandemic, because they “went into this with less capital and so the level of distress they are going to face is going to be greater.”

In an essay published on the Atlanta Fed website last week, he expressed support for Black Lives Matter and called on the central bank to do more for the disadvantaged. “Economic inequality adds fuel to the underlying oppression that is now driving the protesters,” he wrote.

Fed Chairman Jerome Powell, who praised Bostic’s response in Senate testimony Tuesday, also cited the urgency of making economic gains more inclusive and said some of the tools required for that task are controlled by Congress, not the Fed. Bostic dropped a similar hint in the interview.

“I hope our legislators do see the utility and importance of making sure that we don’t see lasting damage in sectors of our economy,” he said, noting that he’s been overwhelmed by positive messages – via social media, emails, telephone calls – encouraging his more public campaign for inclusion.

“I am hopeful we can keep the momentum going and really get America to a different place,” said Bostic, who is 54. “I think we all would be much better for it.”

Bostic’s Harvard and Stanford degrees and his decades of professional accomplishments -- including being assistant secretary for Housing and Urban Development during the Obama administration -- haven’t shielded him from the kinds of racial profiling endured last month by a Central Park man: A White woman called the police when the Black birdwatcher asked her to leash her dog.

“That is definitely something I could encounter tomorrow as I go out and look for warblers or woodpeckers,” said Bostic, a keen birdwatcher, who was speaking from Utah where he’s traveled to visit national parks. He said he’s been questioned by the police for sitting in a car with friends, and always wonders how he’s being perceived when he enters stores and restaurants.

“The power dynamic of society can leave you exposed in settings you wouldn’t think you should have to worry about,” he said. “I have to be careful. It is an approach every Black person, and particularly Black males, has to have. It is just a reality of life in America today.”

He said his new public posture is also prompted by the fact that minorities are struggling even more than other groups following the recent end of the 10-year U.S. expansion.

Black unemployment rose to 16.8 per cent in May even as overall U.S. unemployment fell, and shutdowns have hurt African American businesses the most among racial and ethnic groups.

Nationally, Black Americans make up almost a quarter of COVID-19-related deaths but about 13 per cent of the U.S. population, according to Centers for Disease Control and Prevention data.

The Atlanta Fed district covers six Southeastern states, including Mississippi, Louisiana and Georgia – three with large proportions of Black residents. Those as well as Tennessee and Alabama are also among the poorest in the U.S. Florida is also part of Bostic’s district.

While Bostic is the first Black to lead one of the 12 regional reserve banks, there have been African Americans appointed to the Fed board, including Roger Ferguson, a former Fed vice chairman who’s now chief executive officer of investment firm TIAA. The policy making Federal Open Market Committee includes both bank presidents and governors.

Bostic recently held a “town hall” among Atlanta Fed employees on the topic of race in America, in which they shared raw emotions to try to create more understanding. Bostic says he’s made economic mobility and resilience a central goal for his bank.

While the Fed has community development offices and economic researchers, the central bank’s ability to solve problems of racism and inclusion are limited, so Bostic has often spent time cheerleading promising ideas.

Last fall, he toured an Atlanta neighborhood charter school, YMCA and apartments that have become a model for revitalization of a low-income area. In recent speeches – now virtual – to groups across the South, he highlights success stories from the region that local officials might be able to replicate.

While Atlanta is home to some of America’s most successful black entrepreneurs, the metro area ranked 49th of 50 metro areas in intergenerational mobility -- or children growing out of poverty and into wealth -- according to Harvard University economist Raj Chetty.

“Raphael has written his own job description,” said Egbert Perry, an Atlanta real estate executive and former chairman of Fannie Mae who’s a past director of the Atlanta Fed.

His focus on lifting up lower-income Americans is “radical” for a central banker, Perry said: “It’s highly unusual for a Fed president to come down to doing the people’s work because it was always viewed as this Ivory Tower.”

Bostic was first attracted to the economics of housing and cities because of visiting his grandmother in New York City as a child. He said many poor children may have too low expectations.

“I have been struck by how many people from lower-income communities, when you ask kids who are 9 and 10 what you are hoping to be -- it’s a secretary, it’s a janitor,” he said. “It’s not an astronaut; it’s not an attorney; it’s not a surgeon.”

Bostic’s status as the first Black Fed president has made him something of a star among civil-rights leaders.

At an October event marking the Reverend Jesse Jackson’s 78th birthday in Atlanta, the former Democratic presidential candidate and leader of the Rainbow PUSH coalition compared Bostic’s erudition with that of Martin Luther King Jr., the assassinated civil rights leader.

Bostic, who is gay, said he recognizes the value of role models. At an event for minority children at Truist Park, home of baseball’s Atlanta Braves, prior to the pandemic, one teenager told Bostic, “I never thought I would sit at a table with a Federal Reserve president.”

The Atlanta Fed chief said he also was motivated early on by his mother, a retired marketing manager, who insisted he work hard at his studies to overcome racist barriers. “My mother would say, ‘You can’t just be as good as somebody, you have to be better.’” 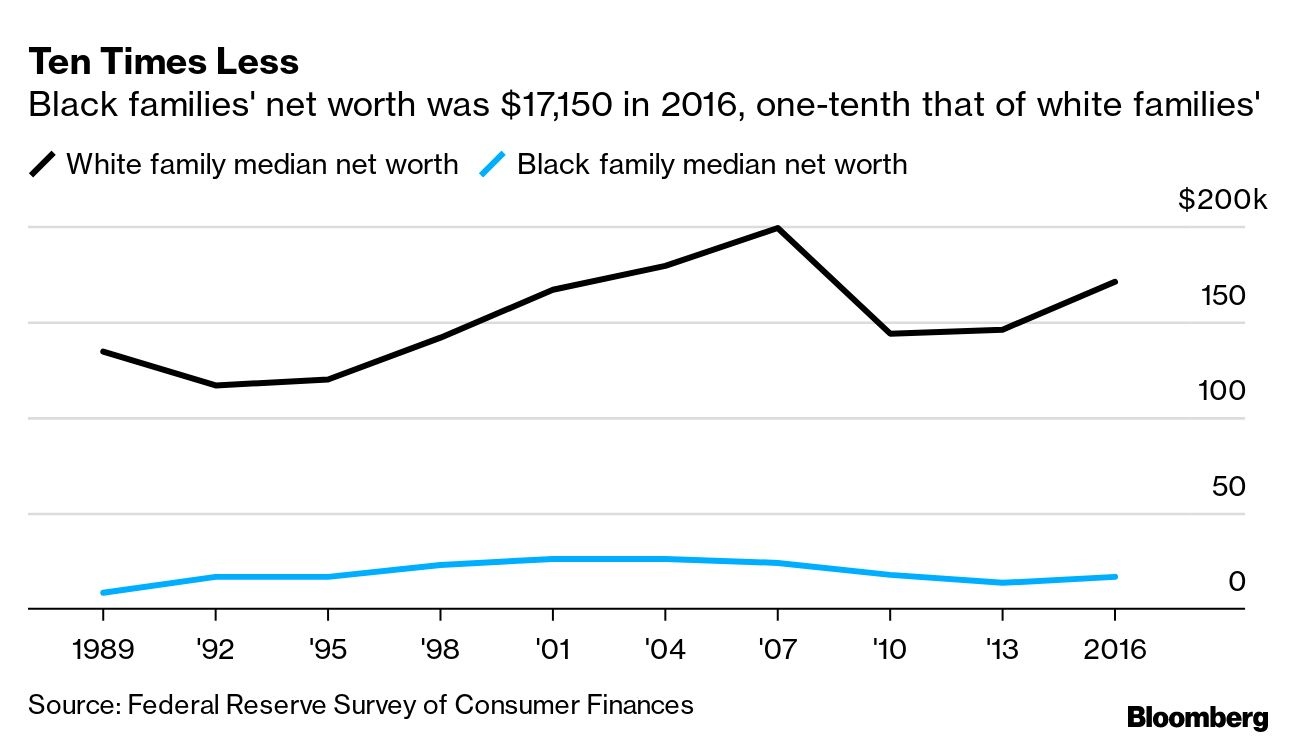 Attending Harvard University to study engineering, Bostic disliked it and switched to psychology. After taking introductory economics, he “fell in love” with the discipline and became a double major.

The two combined the mathematical models of economics with a study of how people really act -- often unpredictably.

He got his doctoral degree at Stanford University, where students would trek to a gay nightclub in San Francisco with Bostic’s one rule that everyone must dance throughout the night.

His research, which continues in Atlanta, focused on communities and housing. In one paper, Bostic documented rampant discrimination in renting apartments in France, based on names that sounded like immigrants, such as Mohammed.

“There is a sense of justice that permeates his thought process,” said Gary Painter, a University of Southern California economist and co-author of the paper.

A corporate headhunter invited Bostic to apply at the Atlanta Fed, and he was surprised to get the job. “A lot of eyebrows went up” when he told friends he was moving to Georgia, seen as “non-progressive.”