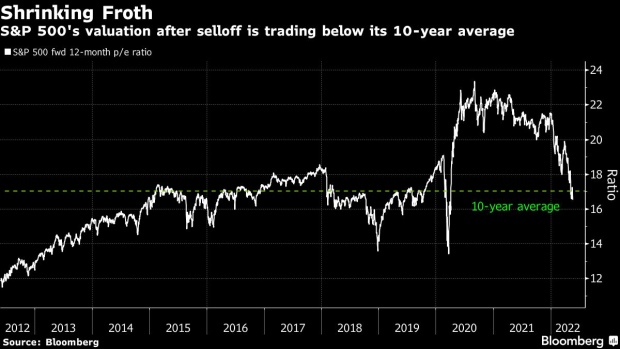 “I think what we are looking for is the transmission of our policy through markets understanding, and that tightening should be expected,” George said Thursday in a CNBC interview. “It is one of the avenues through which tighter financial conditions will emerge.”

The Fed raised interest rates by 50 basis points earlier this month and Chair Jerome Powell signaled it was on track to make similar-sized moves at its meetings in June and July, a plan that both hawks and doves on the policy-setting Federal Open Market Committee have since embraced to cool the hottest inflation since the 1980s.

“I am very comfortable right now doing 50 basis points,” George said, adding that plans to shrink the Fed’s $8.9 trillion balance sheet will contribute to a tighter policy. “Moving deliberately, making sure we stay on course to get some of those rate increases into the economy and then watch how that is unfolding is going to be really the focus of my attention.” She votes on policy this year.

‘’I think we are good at 50 basis points,” she added. “I would have to see something very different to say we need to go further than that.”

While some Fed officials have emphasized a need to raise rates to their neutral level -- which neither speeds up nor slows down the economy -- George said it wasn’t clear where that level lies and she favors simply watching for signs that rampant inflation is cooling.

“For me, what’s more important is at what point will we see inflation level out and then begin to decelerate,” she said. “That I think will tell us something about where we need to go with monetary policy.”