Bond yields worldwide held near pre-pandemic highs as the Federal Reserve’s hawkish stance prompts investors to brace for faster withdrawal of monetary stimulus from other central banks across the globe.

U.K. five-year yields breached 1 per cent on Monday to hit the highest since March 2019, while German 10-year yields came within three basis points of breaking into positive territory for the first time since May 2019 before pulling back. That came as benchmark Treasury yields held near levels last seen in early 2020.

The Fed’s signal for faster tightening is putting investors on alert for clues on an acceleration in monetary policy normalization globally, driving bond yields higher from Europe to Australia. That’s despite European Central Bank President Christine Lagarde reiterating that a first hike is unlikely in 2022 and inflation expectations Down Under remaining more subdued than their U.S. counterparts. 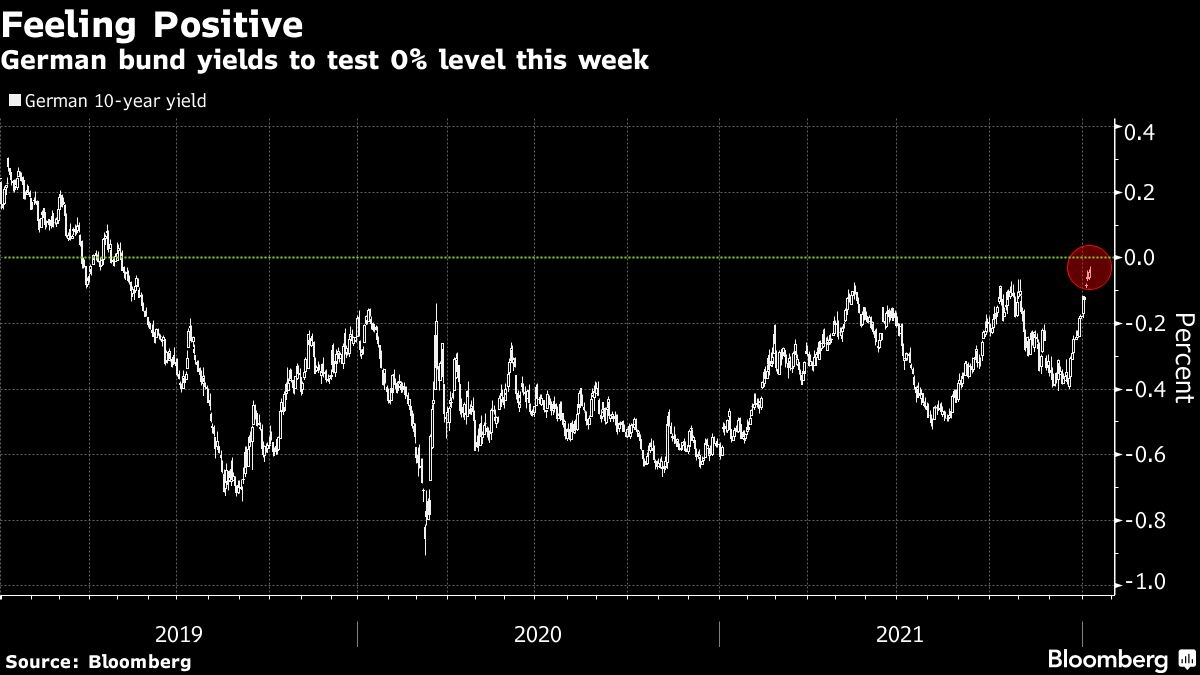 U.K. money markets are pricing around 20 basis points of interest-rate hikes for the Bank England’s next meeting in February, after policy makers delivered a shock 15-basis-point increase last month. A hike to 50 basis points would be key for investors and would signal the start of the BOE’s process of unwinding its balance sheet.

Treasuries extended losses from the London open, with five-year yields rising as much as five basis points to 1.55 per cent, the highest level in two years. U.S. yields had jumped across the curve on Friday after the release of December’s payrolls data.

Investors may find more evidence to stoke the bond sell-off this week with the U.S. inflation print due on Wednesday and a bevy of central bank speakers on both sides of the Atlantic.