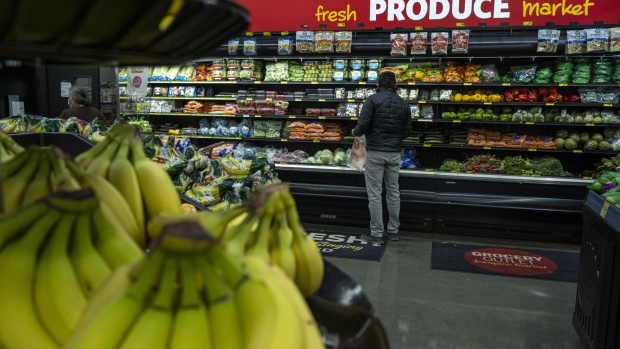 California officials have announced a relief package that will give $9.5 billion of tax rebates to residents. , Bloomberg

(Bloomberg) -- States’ efforts to provide inflation relief to US consumers with tax rebates may go over well with recipients -- yet they risk adding even more fuel to spending and making it tougher for Federal Reserve policy makers to cool inflation.

Even so, the impact is likely to be limited on both spending and prices, economists said. That’s in part because only a small number of states have adopted such plans and the packages often are targeted at individuals in lower-income brackets.

California officials over the weekend announced a relief package that will give $9.5 billion of tax rebates to residents. The checks of $200 to $1,050 are likely to go out in October to about 17 million families. States including Colorado, Maine, Indiana and Delaware are implementing similar measures to help people cope with high prices, particularly for necessities like gas and food.

“State and local governments do have a rosy near-term fiscal outlook, which is allowing them to continue to spend and support,” said Michael Pugliese, an economist at Wells Fargo & Co. “It’s hard to make a sweeping statement, but at the margin if you already have very high inflation, additional spending could make the Fed’s job harder.”

“It’s our view that this package will have a minimal effect on inflation -- as it’s one-time and not ongoing relief -- and by comparison is dwarfed by the size of the federal assistance provided during the pandemic (which some economists have pointed to as an inflation-driver),” H.D. Palmer, spokesperson for California Governor Gavin Newsom’s finance department, said by email.

Some other forms of state and local spending, like investments in infrastructure and ports, could cool inflation, Pugliese said, because they could help fix some of the supply-chain issues that are at the root of much of inflation today.

California will spend $1.2 billion over two years for freight-related infrastructure at and around its ports.

Read More: Millions in California to Get Up to $1,050 in ‘Inflation Relief’

The income caps in the plan will help limit its overall impact on consumer spending, said Laura Ratz, economist at Moody’s Analytics.

“But it is still effectively boosting demand without increasing supply and all else equal would still lead to higher prices,” she said.

Adding a small dose of fiscal stimulus “is just helping soften the blow a little bit at least, especially because consumer sentiment is at a record low,” Lee said.

The purchasing power gained from the California refunds amount to “a proverbial drop in the bucket from a macro perspective,” said Brett Ryan, senior economist at Deutsche Bank Securities.

“While it may help families for a month, I doubt there’s much benefit beyond that,” he wrote in an email.

In addition, states aren’t expected to have as large of budgets in 2023 and 2024, meaning any impact isn’t likely to last long, said Pugliese of Wells Fargo.