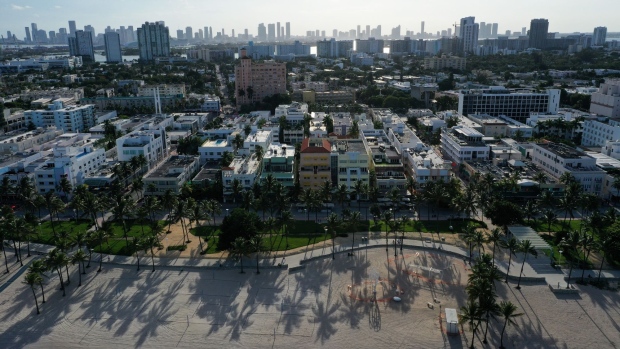 (Bloomberg) -- The Federal Reserve’s Main Street Lending Program had attracted just eight borrowers as of July 27, according to a report released Thursday by the central bank.

The largest recipient detailed was a Mount Pocono, Pennsylvania-based casino that got $50 million, the maximum amount allowed under the program’s Priority Loan Facility.

Florida was the only state with multiple borrowers, but they were mostly small loans, adding up to $18.6 million.

The emergency program, designed to to help small- and mid-sized businesses weather the coronavirus pandemic, has been criticized for being slow to roll out. Fed officials have defended the low take-up so far as a sign that the private market was functioning and argue the program, among nine launched by the central bank to keep credit flowing during the crisis, has provided an essential backstop for borrowers.

Data released separately on Thursday showed that interest hadn’t picked up much in the latest week, with lending under the program climbing $13 million to $95 million by Aug. 5. Eric Rosengren, the president of the Boston Federal Reserve which is running the program, will testify about Main Street before a congressional panel on Friday.