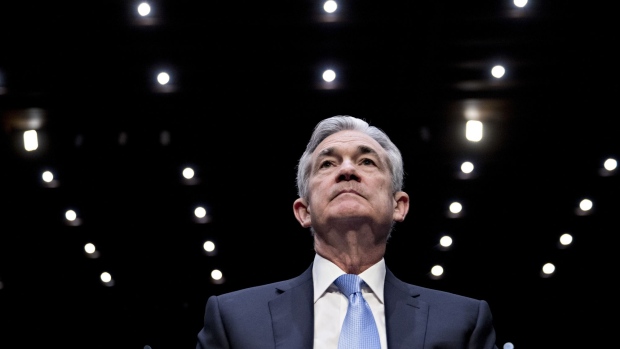 (Bloomberg) -- Federal Reserve Chair Jerome Powell’s comments on unemployment may hint at a dovish bias among top officials at the central bank, even though rates are presumed to be on hold for a while.

“What we have learned and what we continue to learn is that the U.S. economy can operate at a much lower level of unemployment than many would have thought,” he told Democratic Representative Carolyn Maloney, who made the topic a centerpiece of her opening remarks in Wednesday’s Joint Economic Committee hearing in Washington.

It reinforces a theme that Powell and other Fed officials have been discussing publicly this year: They probably went too far with rate hikes over the course of 2015 to 2018 because they had overestimated the minimum rate of unemployment consistent with stable inflation.

Now, they have a chance to be more humble about what they know versus what they don’t know going forward, which may temper the urge to raise rates again when economic growth picks back up.

To contact the reporter on this story: Matthew Boesler in New York at mboesler1@bloomberg.net

To contact the editor responsible for this story: Divya Balji at dbalji1@bloomberg.net