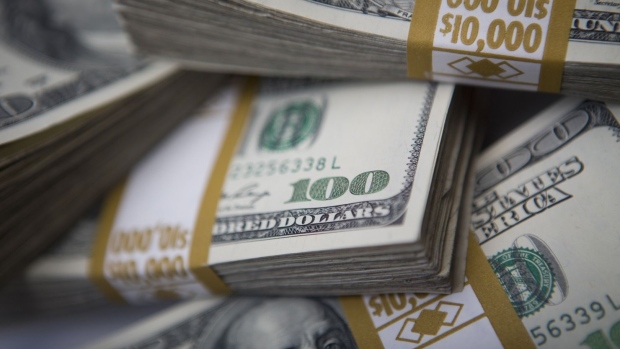 The Federal Reserve Bank of New York’s operation to inject cash into the financial system over the end of the year was oversubscribed on Monday, indicating that participants are still hungry for funding to take them into 2020.

Market participants submitted US$43 billion in bids for the Fed’s 28-day term repo operation, which matures Jan. 6, 2020. That was more than the US$25 billion on offer. This was the last of three term operations currently scheduled to provide funding past the year-end period.

Scrutiny of funding markets is only set to intensify as December unfolds, with several key dates in focus for participants. Year-end will of course be front and center, but so too will Dec. 16, when the market faces potential pressures from Treasury settlements and corporate tax payments. Traders will also be on watch for any announcements from the central bank about plans for additional term-repo operations beyond the 13-day and 14-day actions scheduled for later this week. The next release of details is due to take place Thursday.

BMO Capital Markets Strategist Jon Hill said that while he’s neither surprised by the takeup for Monday’s action nor worried at this stage, it would be “concerning” if term operations are still oversubscribed when Dec. 26 rolls around. “If it’s looking scary the Fed could do more.”

The Fed has been injecting liquidity into the repo market since Sept. 17 when the overnight rate for general collateral spiked to 10 per cent from around 2 per cent. It has also been buying Treasury bills to add reserves to the system.

The size of the Dec. 9 operation was increased last week to US$25 billion from its initial amount of US$15 billion after the central bank’s second year-end offering was oversubscribed. Market participants had submitted US$42.55 billion in bids for the 42-day term action that took place a week ago, which was more than the US$25 billion available. That term offering had also been upsized after the bids for the Fed’s first year-end operation on Nov. 25 exceeded the amount offered.

The recent tumult has spurred debate about the causes of friction in the repo market and potential solutions. The Bank for International Settlements this week released a report suggesting that there is a structural problem in the market and that it wasn’t just a temporrary hiccup. A group of non-primary dealers, meanwhile, has proposed several options to reduce how much the funding market relies on just a few players.

The Fed also conducted an overnight repo operation Monday with a limit of US$120 billion, although as with the most recent of these it was below the maximum offering size, attracting just US$56.4 billion of bids.