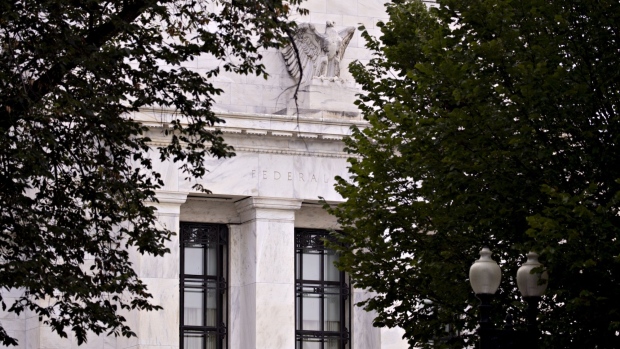 The Federal Reserve’s extraordinary effort to keep credit flowing to companies during the COVID-19 pandemic is also shunting money to banks’ bottom lines.

Fees for underwriting blue-chip U.S. company bonds in the first half of the year essentially doubled to more than US$7 billion, according to data compiled by Bloomberg, after the Fed set up an unprecedented series of programs to support corporate debt markets and slashed interest rates.

U.S. companies have rushed to borrow, selling more than US$1 trillion of high-grade notes in just a few months, and some of the proceeds have trickled down to banks.

That boon underscores how the biggest banks’ roles as financial intermediaries can translate to billions of dollars of profits after borrowing floodgates open. When the firms start releasing their second quarter earnings on Tuesday, they’re broadly expected to post their worst results since the financial crisis as they set aside more money for bad loans. Gains from bond underwriting -- and the resulting debt trading -- are one of the few bright spots.

That fee income might be enough to turn quarterly net losses into profit for some banks, said Gerard Cassidy, an equity research analyst at RBC Capital Markets.

“The Fed’s unprecedented actions in monetary policy since the start of COVID-19 have benefited banks very well,” Cassidy said. 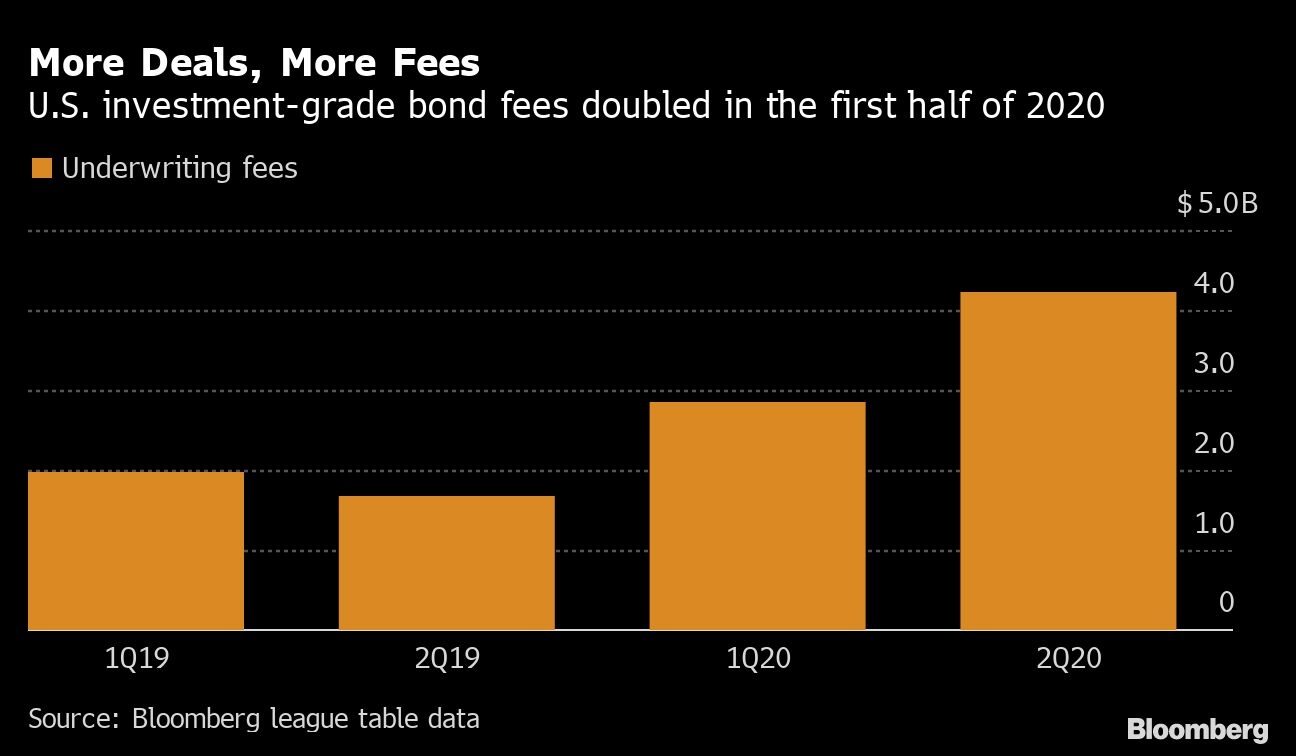 The Fed’s efforts can only help banks so much. Debt underwriting typically accounts for only around 5 per cent to 10 per cent of the total money banks like JPMorgan Chase & Co. and Citigroup Inc. make from fees, which in turn is about half their revenue, said Jesse Rosenthal, an analyst at CreditSights Inc. And the benefits may be relatively short-lived if the pace of borrowing slows down, as many strategists expect in the second half of the year.

The central bank’s efforts have helped banks in myriad ways. The Fed is buying bonds in the open market and if necessary directly from companies, which has helped slash yields on investment-grade corporate bonds to the lowest level on record. That’s spurring companies to borrow, which is lifting underwriting fees for both investment-grade and high-yield debt. When companies sell bonds, investors often sell older securities from the corporation and buy newer ones, so trading revenue rises too.

On top of that, the Federal Reserve offered financing to banks that make loans under the Small Business Administration’s Paycheck Protection Program, making it easier for banks to earn fees from that program. Many didn’t even tap the Fed’s facility, because they’ve been flooded with customer deposits. Loans under that program are U.S. guaranteed, meaning the banks don’t have any risk of borrowers defaulting.

“The PPP program has been a windfall for the banks at taxpayers’ expense, even if some are donating the fees to worthy causes,” said Anat Admati, a professor at Stanford University Graduate School of Business.

The Fed is also taking steps including buying short-term corporate bonds known as commercial paper directly from companies. And as of last week, its Main Street Lending Program, aimed at small and mid-sized businesses, was fully up and running. The Fed will buy 95 per cent of each loan made under the up-to-US$600 billion program, which could generate around US$5.5 billion of fees for banks if there’s full uptake, according to a Bloomberg analysis.

The biggest gains to banks have come from underwriting so many bonds. In addition to U.S. investment-grade bonds, dollar high-yield note sales have jumped too, with underwriting fees there rising about 50 per cent to US$1.96 billion in the first half of 2020, according to Bloomberg data.

These gains from underwriting are not just happening in the U.S. Central banks globally have been opening the money spigots to try to jump start the economy during the pandemic, spurring companies worldwide to borrow.

A wide range of companies that had put off borrowing earlier this year when markets were tumultuous ended up selling bonds in the second quarter. T-Mobile US Inc. sold US$19 billion of investment-grade bonds in April to help finance its acquisition of Sprint Corp. United Airlines Holdings Inc. sold nearly US$4 billion of notes in June to help keep itself afloat.

The increase in capital markets fees speaks to the strength of diversification at the banks, which have set aside more money to cover expected losses on loans, said Robert Smalley, a credit desk analyst at UBS Group AG.

“Debt underwriting fees really help counterbalance some of that,” he said. “But overall net income for the banks, like we saw in the first quarter, will be down materially year-over-year.”

For example, JPMorgan Chase, which posts results on Tuesday, posted about a US$140 million increase in debt underwriting fees to US$1.1 billion in the first quarter. That activity spurred record trading results and helped offset US$820 million of markdowns on bridge loans.

June was the busiest month ever for junk bond sales. Investment-grade borrowers surpassed all of 2019 volume by mid-June.

“It has been an incredibly intense four months because we were trying to bring so many companies to market,” said Richard Zogheb, Global Head of Debt Capital Markets at Citigroup Inc. “I have a wife and a little guy here and they thought, ‘This is going to be great, we’re going to see you so much more,’ and frankly they’ve probably seen me less.”

Workdays typically lasted at least 12 hours and he rarely left his home office except to get something to drink or to use the bathroom, he added.

Companies have borrowed in the bond market to raise money to help tide them over during the crisis, and to refinance debt, including money they borrowed on revolving lines of credit.

Many decided to refinance existing bonds early, while they could and while rates for some borrowers were relatively cheap, rather than wait for the second half of 2020 and or even 2021.

“I would expect we’ll get a slowdown in the second half of the year,” said David Del Vecchio, portfolio manager at PGIM Fixed Income.

How much volumes fall in the second half of the year depends on how the pandemic proceeds, Citigroup’s Zogheb said. If the virus is brought under control, companies could turn their attention to acquisition financing and sponsors could pursue new leveraged buyouts, which could lead to a more normal level of issuance, he said.

But if there are flare-ups or a second wave, then acquisitions would likely remain on hold, Zogheb said. Companies could raise new bonds for more liquidity, he said. But it probably won’t happen at the same pace as in the first half, because many companies raised enough cash earlier this year to fund them through another wave of the virus.