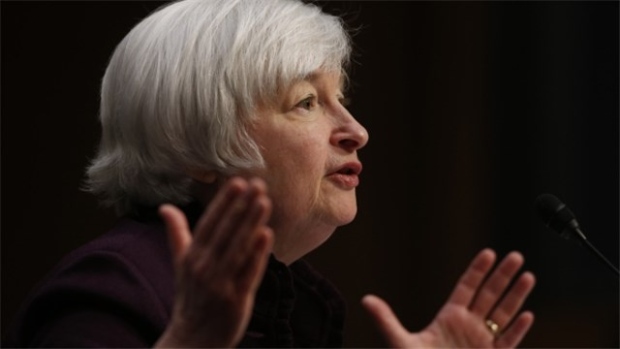 The U.S. Federal Reserve is widely expected to raise its benchmark interest rate this week due to a tightening labor market and may also provide more detail on its plans to shrink the mammoth bond portfolio it amassed to nurse the economic recovery.

The central bank is scheduled to release its decision at 2 p.m ET on Wednesday at the conclusion of its two-day policy meeting. Fed Chair Janet Yellen is due to hold a press conference at 2:30 pm ET.

"The expectation of a rate hike...is widely held, and has been reinforced by the most recent round of Fed communications," said Michael Feroli, an economist with J.P. Morgan.

Economists polled by Reuters overwhelmingly see the Fed raising its benchmark rate to a target range of 1.00 to 1.25 percent this week.

The Fed embarked on its first tightening cycle in more than a decade in December 2015. A quarter percentage point interest rate rise on Wednesday would be the second nudge upwards this year following a similar move in March.

Since then, the unemployment rate has fallen to a 16-year low of 4.3 per cent and economic growth appears to have reaccelerated following a lackluster first quarter.

However, other indicators of the economy's health have been more mixed. The Fed's preferred measure of underlying inflation has retreated to 1.5 per cent from 1.8 per cent earlier in 2017 and investors are growing increasingly doubtful policymakers will be able to stick to their anticipated pace of tightening of three interest rate rises this year and next.

There are also growing doubts on the size and scope of fiscal stimulus the Trump administration may inject into the U.S. economy with campaign promises on tax reform, financial regulation rollbacks and infrastructure spending either still on the drawing board or facing hurdles in Congress.

Fed policymakers' confidence in their outlook will be on show on Wednesday when they release their latest set of quarterly projections on growth, unemployment and inflation as well as their expected rate hike path.

Few economists expect major changes in the Fed's overall forecasts this time around, although the extent of jitters on inflation moving away from the Fed's 2 per cent goal will likely be reflected at an individual level.

Markets are, however, increasingly anxious for the Fed to give a clearer steer on the timing and details of its previously announced plan to reduce this year its US$4.2 trillion portfolio of Treasury debt and mortgage-backed securities, most of which were purchased in the wake of the financial crisis to help keep rates low and bolster the economy.

"If the Fed is serious about reducing the size of its balance sheet this year and wishes to communicate those plans well in advance, it is running out of time to do so," said Michael Pearce, an economist with Capital Economics.

More detail could come as part of the policy statement or during Yellen's press conference. The central bank used the minutes of its last policy meeting to flag up a plan that would feature halting reinvestments of ever-larger amounts of maturing securities.

Under the proposal, a limit would be set on the amount of securities allowed to fall off the balance sheet every month. Initially, the cap would be set at a low level, but every three months the Fed would raise it, allowing deeper cuts to its holdings.

The Fed has yet to indicate the size of the monthly caps or their quarterly increases. After this week's meeting, policymakers meet four more times this year, with the Fed seen actually reducing its holdings either in September or December.