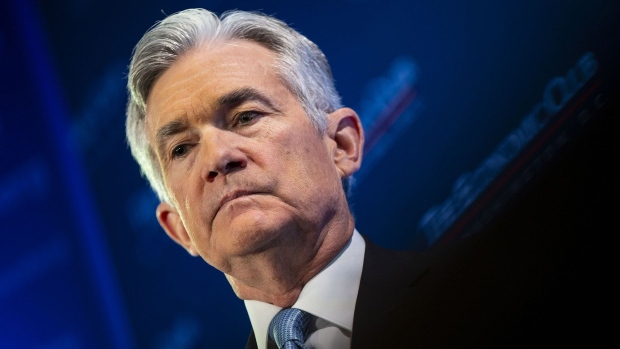 The Federal Reserve reiterated its openness to cutting interest rates to extend the longest U.S. economic expansion on record while noting that the pace of growth had slowed in the second quarter of 2019.

“Data for the second quarter suggest a moderation in GDP growth -- despite a pickup in consumption -- as the contributions from net exports and inventories reverse and the impetus from business investment wanes further,” the Fed said in its semi- annual Monetary Policy Report to Congress released Friday in Washington.

The report was completed before the release of Labor Department data earlier today showing employers added 224,000 jobs in June, a strong rebound from a disappointing payrolls tally for May.

Fed Chairman Jerome Powell on Wednesday will kick off two days of highly anticipated testimony before lawmakers, the same day the central bank is scheduled to release the minutes of its last policy meeting. His remarks, and clues to where officials stood on June 18-19, should continue to shape investors’ expectations for what policy makers might do at their July 30-31 gathering.

Friday's report acknowledged inflation has been running below the Fed's longer-run 2% objective, but also characterized weak readings early in the year as appearing to reflect “transitory influences.”

Proponents of a rate cut have pointed to weak inflation as another reason to ease policy. After seven years of mostly falling below the central bank's target, the Fed's favorite gauge of inflation stood at 1.5 per cent in the 12 months through May. In addition, measures of expectations for future inflation have slipped in recent months, both among investors and the public.

The broad payroll gains in June may relieve some pressure to cut. However, the same report showed no acceleration in annual wage gains, signaling that broader price pressures remain contained.

After the jobs report, pricing of federal funds futures contracts showed investors still saw a 100% probability of easing at the July meeting, though expectations for a half- percentage-point cut declined to about 5 per cent Friday from about 25 per cent Wednesday.

June forecasts from Fed officials showed eight of 17 policy makers had already written at least one rate cut into 2019 projections. At the same time, nine policy makers expected no move this year, or a rate hike. That group may dig in their heels against a cut after Friday's data.

The report also highlighted a significant weakening in global trade growth and manufacturing since 2017.

“Trade policy developments appear to have lowered trade flows to some extent, while uncertainty surrounding trade policy may be weighing on investment,” the Fed said.

The report said new tariffs were likely to have lowered U.S. imports by about US$70 billion. At the same time, the report said tariffs to date probably had a “material but modest” direct impact on global trade flows.

On financial stability, the report said asset valuations remained “somewhat elevated” in a number of markets. It noted that while valuations for leveraged loans had eased, there were signs that credit standards for new leveraged loans were weak and had deteriorated further over the past six months.