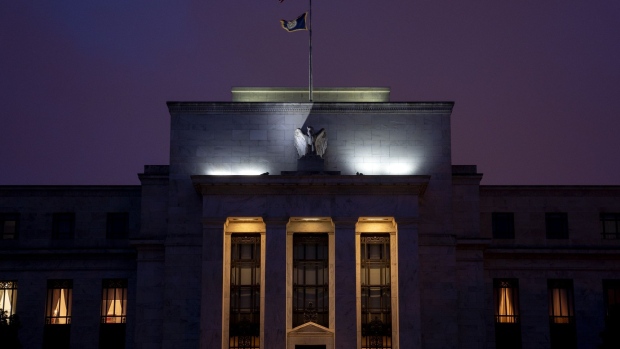 (Bloomberg) -- The Federal Reserve took a key step toward the possible issuance of a U.S. digital currency, a move that the central bank said could dramatically alter the American financial system.

The Fed on Thursday solicited feedback through a 35-page discussion paper on a government-backed coin, known as a CBDC. As expected, the central bank made no firm conclusions on whether the U.S. should issue a digital dollar and said it didn’t intend to process without clear backing from the White House and Congress.

“The introduction of a CBDC would represent a highly significant innovation in American money,” the Fed said in the paper.

The Fed, which will take input until on the issue until May 20, said it preferred that lawmakers pass legislation to authorize the currency. The central bank also outlined a series of advantages and disadvantages with the possible token.

The bank in the paper said a digital dollar could bolster the financial system by ensuring the U.S. dollar remains the preeminent currency in the international financial system, improve cross-border payments and increase financial inclusion and ease the dollar’s use in new technology. However, the central bank also warned of possible negative effects, including draining deposits from traditional banking and making runs on financial firms more likely or more severe.