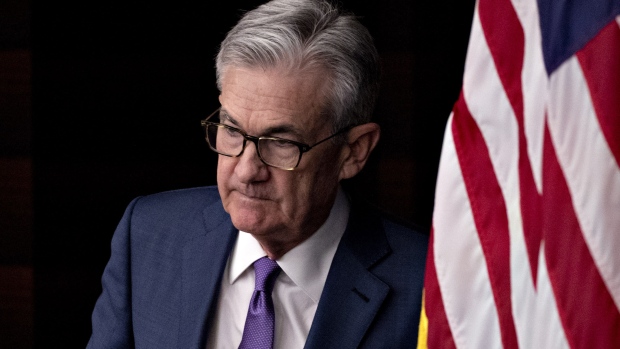 The latest version of the twice-yearly report, meant to flag stability threats on the Fed’s radar, highlighted the rate squeeze facing banks and insurers, noting that it could erode lending standards.

“If interest rates were to remain low for a prolonged period, the profitability of banks, insurers, and other financial intermediaries could come under stress and spur reach-for-yield behavior, thereby increasing the vulnerability of the financial sector to subsequent shocks,” the U.S. central bank said in the report.

Fed Chairman Jerome Powell suggested to lawmakers on Thursday that low interest rates might be a permanent part of the economic landscape.

“We’re in a world of much lower interest rates,” he told members of the House Budget Committee. “That seems to be driven by long-run structural things and there’s not a lot of reason to think that will change.’

Fed Governor Lael Brainard said in a statement Friday that the low-for-long environment “and the associated incentives to reach for yield and take on additional debt could increase financial vulnerabilities.”

The bulk of the work on the report was done before September’s repo market tumult, which prompted the Fed to pump reserves into the banking system to boost money market liquidity. Still, the report does briefly address problems with the short-term repurchase agreements.

“Pressures in the repo market spilled over to other markets, including the federal funds market,” the report said. “The Federal Reserve took a number of steps beginning in mid-September to maintain the federal funds rate within its target range and to ensure an ample supply of reserves. Pressures in short-term funding markets subsequently abated.”

The central bank appeared to take a more relaxed view of the rising stock market than it did in its last report in May.

While equity prices remain high relative to corporate earnings, they are consistent with the low level of interest rates, the Fed said.

“Over the past couple of years, equity prices have been high relative to forecasts of corporate earnings,” according to the report. “However, other measures of investors’ risk appetite in domestic equity markets are in the middle of their historical ranges.”

The report also flagged a deterioration in liquidity in U.S. Treasury and equity futures markets.

Its detailed analysis of the two markets found that while liquidity in Treasury futures hasn’t become more fragile, the same couldn’t be said for shares.

For equity futures, “liquidity has become more fragile over time,” the report said. “It tends to disappear when it is needed the most, when asset price volatility is high.”

Dealers surveyed by the Fed agreed that liquidity in stock futures deteriorated and became more fragile since January 2018. Among other factors, they cited a decreased willingness of intermediaries to step into the market when it became more volatile.

Other points raised in the report include historically high debt loads at U.S. businesses, high leverage at hedge funds and potential near-term stresses from Brexit.

“Should a no-deal Brexit cause distress in systemically important financial institutions in Europe, it would amplify the transmission of economic disturbances to U S and global financial systems,“ the Fed said.