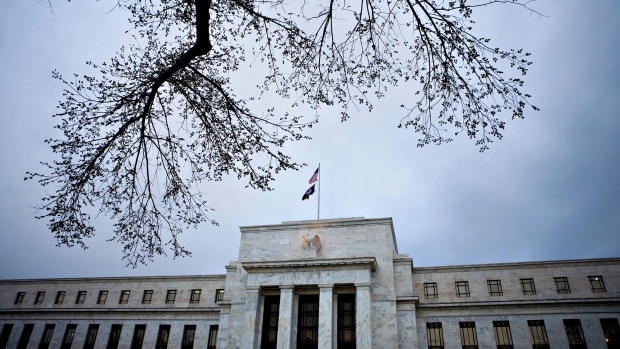 The U.S. Federal Reserve is further amplifying its warnings about the perils of risky corporate debt, saying in a Monday report that the market grew 20 per cent last year and that lending standards continue to slip.

In a particularly striking sign, the Fed said the businesses with the biggest existing debt loads are also the ones taking on the riskiest loans. And protections that lenders include in loan documents in case borrowers default are eroding, the U.S. central bank said in its twice-a-year financial stability report. The Fed board voted unanimously to approve the document.

“Credit standards for new leveraged loans appear to have deteriorated further over the past six months,” the Fed said, adding that the loans to firms with especially high debt now exceed earlier peaks in 2007 and 2014. “The historically high level of business debt and the recent concentration of debt growth among the riskiest firms could pose a risk to those firms and, potentially, their creditors.”

Since last year, the Fed has been highlighting the increasingly weak standards in leveraged lending — the loans that often underpin mergers and acquisitions involving highly-indebted companies. Still, default rates have been low amid a booming U.S. economy.

Leveraged loans are routinely packaged into collateralized loan obligations, or CLOs. Investors in those securities — including insurance companies and banks — face a risk that strains in the underlying loans will deliver “unexpected losses,” the Fed said Monday, adding that the secondary market isn’t very liquid, “even in normal times.”

"It is hard to know with certainty how today's CLO structures and investors would fare in a prolonged period of stress," the Fed added.

In Monday’s report, the central bank also said that assets at hedge funds and broker-dealers grew "at a rapid pace" over the past year. For banks, mutual funds and insurers it was a different story, with growth falling below longer-term average rates. Even though leverage at broker-dealers edged up since the Fed’s last financial stability report in November, it has remained near historically low levels, the central bank said.

The Fed, highlighting another potential danger from the leveraged-lending boom, said there is a risk that mutual funds that invest in bank loans and high-yield bonds could face a liquidity mismatch. Such a situation can occur when funds holding difficult-to-sell assets face a wave of requests from investors to pull their money.

However, the central bank said the market received a bit of a stress test during rising volatility in December. Funds experienced large outflows and bid-ask spreads widened. Still, “mutual funds were able to meet the higher levels of redemptions without severe dislocations to market functioning.”

The Fed also revealed in its report that it had polled market participants about their views of what could constitute “salient shocks to financial stability’’ in the first quarter of this year. Trade frictions ranked first in terms of the percent of responses, while Fed policy ranked second, the central bank said.

The Fed started releasing its financial stability reports last year. Wall Street has looked to the documents for clues as to whether the central bank considers systemic vulnerabilities to be “meaningfully above normal.”

Such a scenario could trigger the so-called counter-cyclical capital buffer, which is meant to increase capital demands at big banks when a robust economy starts to exhibit warning signs. The Fed board opted against using the tool in March, though Governor Lael Brainard dissented from the decision.