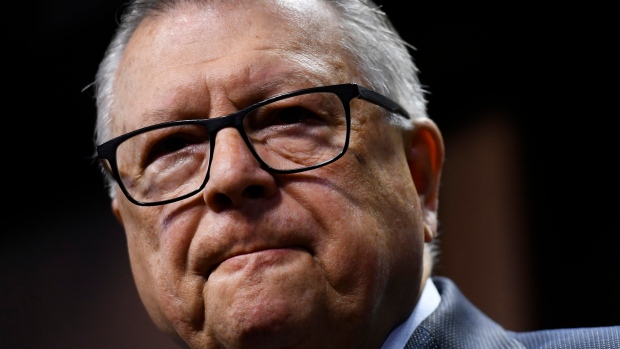 Goodale says the move is an "arbitrary action" and that Canada will continue to demand the appropriate treatment of Michael Kovrig and Michael Spavor.

He says no evidence has been produced to indicate any validity to allegations made against them.

A Chinese foreign-ministry spokesperson says Kovrig and Spavor have been arrested on suspicion of gathering and stealing state secrets for "foreign forces."

"China has taken compulsory measures on the two Canadians in accordance with law and the Chinese procuratorial organ has lawfully approved their arrest," Lu Kang said, according to an English statement posted to the ministry's website. "The actions we have taken are entirely law-based. We hope the Canadian side does not make irresponsible remarks on it."

He would not say where they are now being held or whether they have seen lawyers.

"Today I can still responsibly reassure you that the Chinese procuratorial organ handles the case in accordance with law. Their lawful rights and interests are fully guaranteed," Lu said.

Kovrig is a former Canadian diplomat and expert at the International Crisis Group and Spavor is a businessman with lengthy experience in North Korea.

Both were arrested on Dec. 10 after a senior executive with Chinese telecom giant Huawei was arrested in Vancouver on Dec. 1 at the request of U.S. authorities, who want her extradited to face fraud charges.

"Canada strongly condemns their arbitrary arrest as we condemned their arbitrary detention on Dec. 10," Global Affairs spokeswoman Brittany Fletcher said in a statement.

"Canadian consular officials have made recent consular visits to the two men and will continue to provide consular services to them and their families."

Each man had a visit from Canadian diplomats earlier this week, just prior to the formal arrests. China has permitted such visits about once a month.