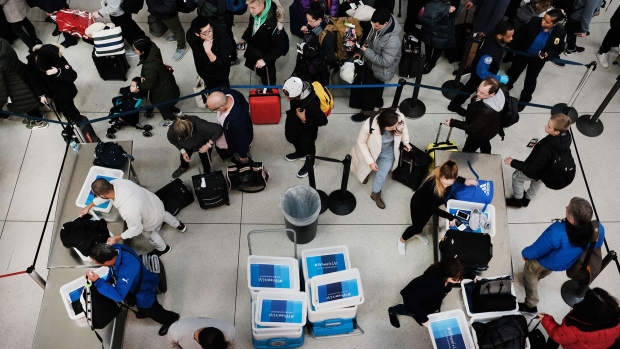 OTTAWA -- The Canadian Transportation Agency has announced an inquiry under new passenger-rights rules after receiving multiple complaints from travellers about flight delays.

The investigation was announced Thursday, less than two months after new rules went into effect.

The agency said in a statement that it's received multiple complaints since the new rules took effect on Dec. 15.

The agency's chief compliance officer will spend the next six weeks collecting and analyzing evidence about the complaints, which allege that airlines failed to accurately communicate reasons behind delays and cancellations.

The agency will determine next steps after the officer's report is finished.

"Airlines have an obligation, under the air passenger protection regulations, to provide timely, accurate information to passengers on the reasons for flight delays and cancellations," Scott Streiner, the agency's chair, said in a statement.

"This inquiry will look into allegations that in some cases, airlines haven't lived up to this obligation."

The new rules affect flight delays, and compensate flyers for delays and cancellations if they're for reasons within an airline's control. The rules exempt delays resulting from weather or mechanical issues.

They rely on travellers filing complaints with airlines or, as a last resort, the Canadian Transportation Agency.