OTTAWA - The Trudeau Liberals sought Friday to get ahead of growing economic concerns linked to rising COVID-19 case counts, vowing new and revamped business supports to keep workers on payrolls and maintain job gains threatened by the pandemic's second wave.

The government plans to provide direct rent support to commercial tenants at a projected cost of $2.2 billion through the end of the year, rather than flowing the money through landlords who were not keen on a previous version of the program.

A wage subsidy program will cover up to 65 per cent of eligible costs through December, costing the treasury $6 billion over that time, and $11 billion more to a well-used loan program by providing an added $20,000, half of which would be forgivable.

Even though many businesses have reopened, a number are not at full capacity while others worry about surviving a second wave. Prime Minister Justin Trudeau said the government wants to help companies hang on, and keep their workers employed.

Job growth in Canada accelerated rather than slowed down last month, as the economy added 378,000 jobs in September, bringing overall employment to within 720,000 of pre-pandemic levels, and dropping the unemployment rate to nine per cent.

Still, there were 1.8 million Canadians unemployed in September, with about 1.5 million of them looking for work. Statistics Canada said the unemployment rate would have been 11.9 per cent in September had it included people who wanted a job, but didn't look for work, in its calculation.

The growth in overall job numbers for workers hit hardest by losses earlier this year, such as those in the service sector and visible minorities, are now at risk as local lockdowns loom, said Trevin Stratton, chief economist with the Canadian Chamber of Commerce.

Losses for those groups could further strain a K-shaped recovery, where some sectors of the economy and workers fare well, and others do not. 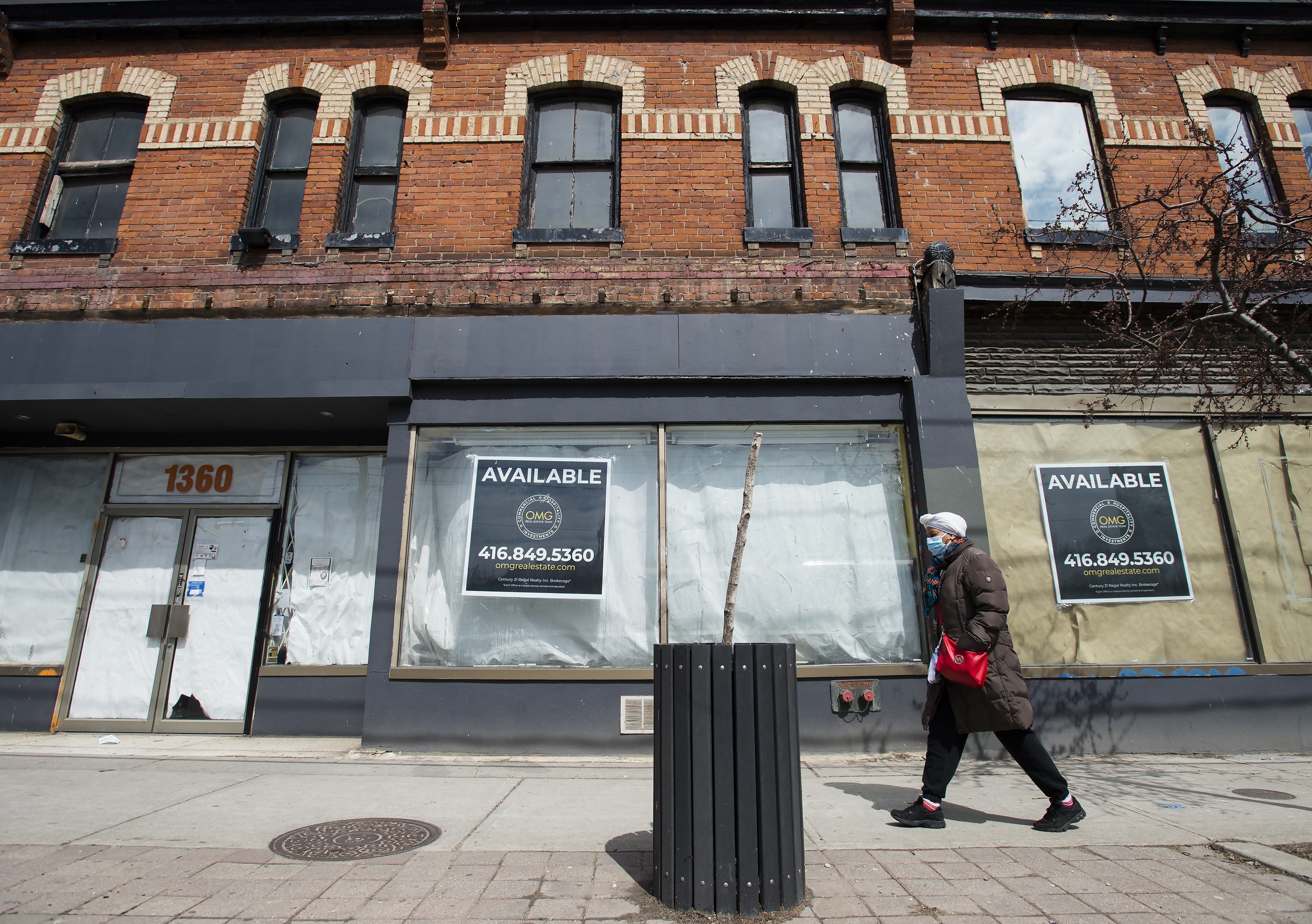 “Now that we're entering this second wave, that's where we're seeing this split take place,” Stratton said. “We can't use a one-sized-fits-all policy response to this.”

The government opted for targeted relief in this second wave to help companies most in need, said Finance Minister Chrystia Freeland.

The rent-relief program, for example, will cover up to 65 per cent of eligible expenses for businesses, charities and non-profits on a sliding scale with income losses, with a top-up for those closed by public health orders that would cover up to 90 per cent of costs.

“This is not for everyone. Some businesses are able to work at full capacity despite COVID-19 and they are doing well and that's great,” Freeland said Friday.

“This support is not designed for them. These measures are targeted for those who need it most.”

While NDP small business critic Gord Johns was pleased with the new program, he urged the government to backdate funding so tenants in arrears or steeped in debt could get relief their landlords had refused.

Dan Kelly, president of the Canadian Federation of Independent Business, said it was critical for federal and provincial governments to immediately get the welcomed economic supports to affected firms with closures seemingly imminent.

Threatened by surging case counts are gains for restaurant workers, whose industry saw a 72,000 increase in September. That is still 188,000 jobs shy of where it was in February before widespread closures of non-essential businesses.

With winter on its way, outdoor dining may be impractical in some cities, leaving fewer patrons at local bars, pubs and restaurants, even as Canadians are already planning on cutting spending in the area, Statistics Canada said.

“One of the key questions isn't just what happens in areas like the restaurant industry, but whether the jitters that might show up there spread over to the broader economy,” said Brendon Bernard, an economist with job-posting website Indeed.com.

There are also jitters over the state of the “she-covery,” which in September seemed to catch up with the “he-covery” as mothers and fathers had employment levels that matched what was recorded pre-pandemic as their children went back to school.

Economist Armine Yalnizyan with the Atkinson Foundation said school and daycare closures since the labour force survey was taken suggest October's figures may reverse some gains, and noted a year-over-year drop in the number of women in the workforce likely linked to the pandemic.

“Gender equity in the labour force is poised to go backwards by decades,” Yalnizyan said, adding that stopping that “really does depend on what our public policies are.”