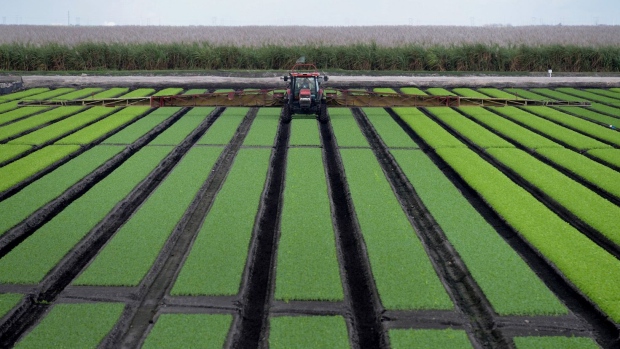 Crop-nutrient prices have been soaring as an energy pinch in Europe makes natural gas, the main feedstock for most nitrogen fertilizer, more costly. China and Russia are restricting nutrient exports to ensure sufficient domestic supplies. U.S. consumers already are seeing the steepest inflation since 1990. 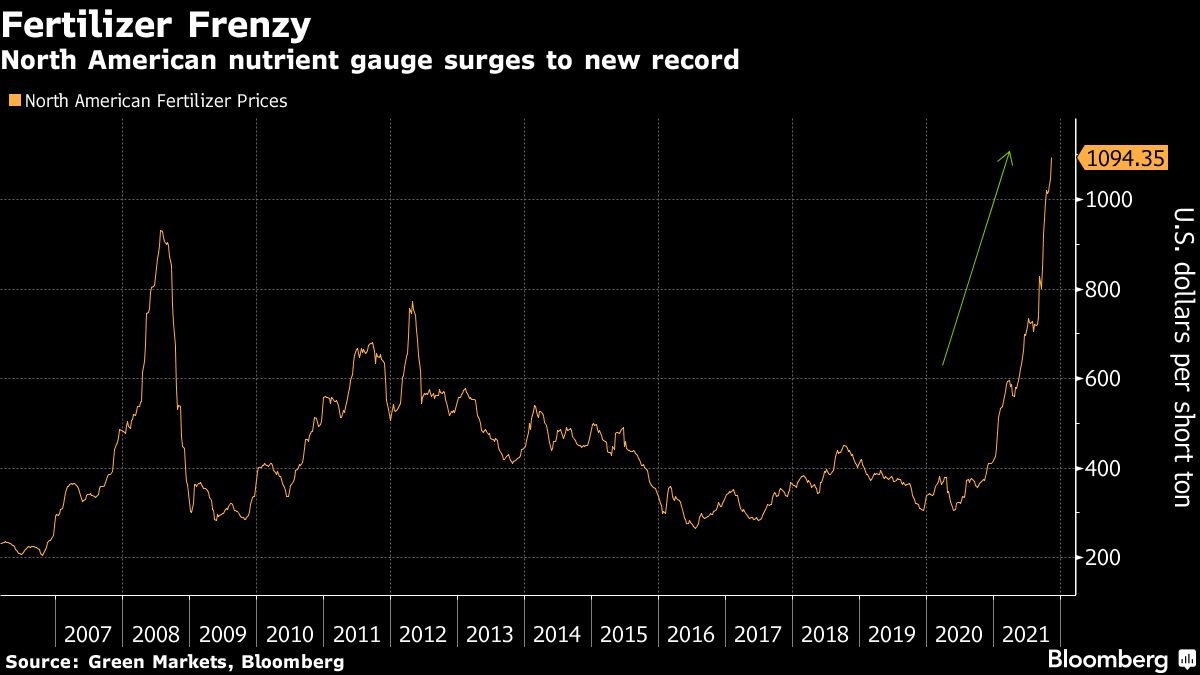 Crop markets from grains to coffee are getting a boost from the fertilizer rally as traders brace for potential supply shortages, with the surging input costs threatening to curb yields across the board.

As fertilizer and other input costs rise, Bloomberg’s Green Markets anticipates American farmers next year will switch 2.5 million acres from corn to soybeans, which is less fertilizer-intensive.

“Warning signs on demand are growing as farmers are unable or unwilling to absorb ammonia’s 65 per cent increase in value since September,” Green Markets analyst Alexis Maxwell said in a note.