Canada’s ambassador to China warned that the spiraling diplomatic feud between the nations was damaging Beijing’s reputation, as the U.S. joined countries criticizing a Canadian citizen’s death sentence as “politically motivated.”

Ambassador John McCallum told reporters Wednesday that China’s prosecutions of Canadian nationals risked undermining their own interests among the world’s business community. McCallum, a former lawmaker, said he believed that argument would prove more compelling to Chinese officials than seeking support from business and foreign governments to pressure Beijing.

“We have to engage the senior Chinese leaders and persuade them that what they are doing is not good for China’s place in the world,” McCallum said, attending a meeting with Prime Minister Justin Trudeau’s cabinet in Sherbrooke, Quebec. “It’s not good for the image of corporate China in the world.”

Trudeau’s government has warned Canadians to exercise caution in the country “due to the risk of arbitrary enforcement of local laws” and sought support from leaders of nations including Argentina, Germany and New Zealand. Following a phone call between Freeland and U.S. Secretary of State Michael Pompeo, the State Department issued a statement criticizing the “politically motivated sentencing of Canadian nationals.”

Freeland said Canada was arguing that China represents a “way of behaving which is a threat to all countries.” Chinese President Xi Jinping has come under increasing criticism in the West over a human rights record that includes crackdowns on human rights lawyers and the mass detention of Uighur Muslims.

The feud between Beijing and Ottawa stems from the Dec. 1 arrest of Meng as part of a U.S.-led effort to extradite her over alleged sanctions violations. The U.S. and its allies have taken a series of steps in recent weeks to bar the Chinese telecommunications giant from sensitive networks over spying fears, including a probe into suspected trade-secrets theft by federal prosecutors in Seattle.

China has denounced the effort as unjustified and demanded Meng’s immediate release. Days after her arrest, China’s spy agency detained Canadians Michael Kovrig and Michael Spavor on suspicion of “activities endangering national security,” although authorities have provided no evidence and deflected questions about whether the actions were taken in retaliation for Meng.

“Actually, you can count by the fingers of your hand the few allies of Canada that chose to side with it on this issue,” Hua said. “These several countries can by no means represent the entire international community.” 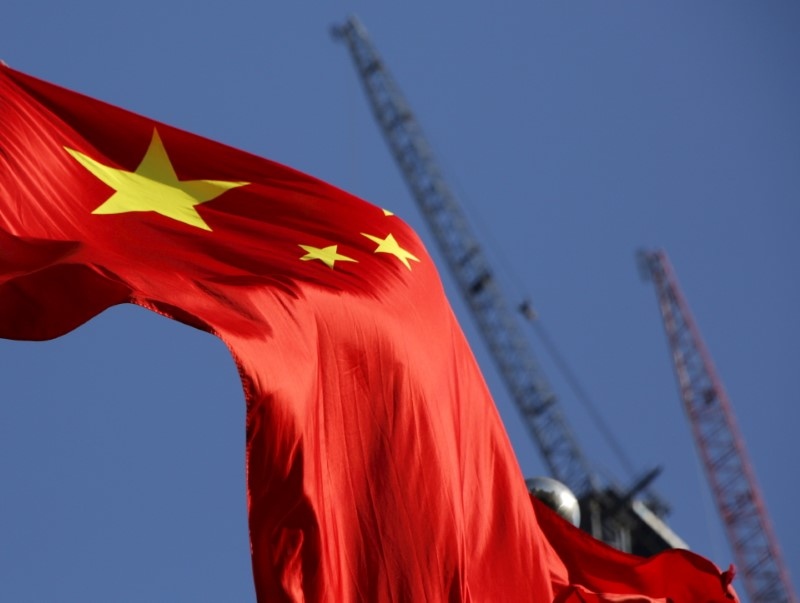 Do you think Canadian business leaders should be speaking out on the feud with China?

Meng is free on bail pending her next court hearing. But Kovrig, who was on leave from his foreign service posting in Hong Kong, and Spavor, an entrepreneur who ran tours into North Korea, remain in custody. A third Canadian, Robert Schellenberg, had his earlier 15-year sentence for drug smuggling increased to execution during a retrial Monday in the northeastern Chinese city of Dalian.

“My first priority by far is to do everything in my capacity to secure the release of the two Michaels as quickly as possible, and to help to save the life of Mr. Schellenberg,” McCallum said earlier Wednesday.

McCallum said Kovrig and Spavor are each being questioned up to four hours per day and that he has visited both, along with Schellenberg. He cautioned that efforts to build international pressure for their release were unlikely to be effective unless Beijing believed it would benefit from doing so.

“There are many fronts we are working on, but one of the main ones is to persuade China, not necessarily through Canadians, but through corporate and government leaders around their world, that this behavior is not in their interest,” McCallum said. “We have a lot of work yet to do.”

--With assistance from Dandan Li, Stephen Wicary and Kasia Klimasinska.