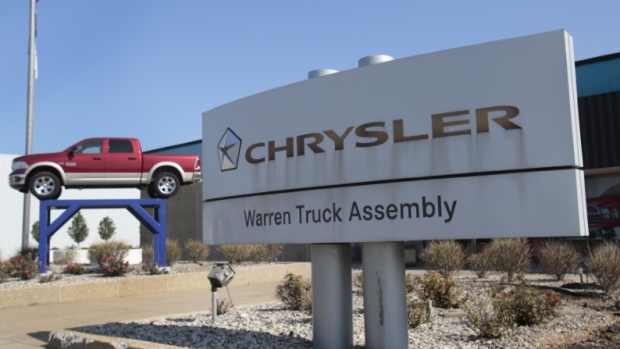 DETROIT - Fiat Chrysler Automobiles (FCAU.N) on Sunday said it will invest $1 billion to modernize two plants in the U.S. Midwest and create 2,000 jobs, upping the ante as automakers respond to threats from president-elect Donald Trump to slap new taxes on imported vehicles.

FCA's announcement that it would retool factories in Ohio and Michigan to build new Jeep sport utility vehicles, including a pickup truck, and potentially move production of a Ram heavy-duty pickup truck to Michigan from Mexico, also highlighted the auto industry's keen interest in getting relief from tough fuel economy rules enacted by the outgoing Obama administration.

General Motors Co (GM.N) Chief Executive Mary Barra on Sunday said tax reform and "streamlining regulations ... are just two areas that would be extremely beneficial" for Trump to address. Trump has criticized GM for building cars in Mexico while laying off workers in the United States.

Barra, who is on an advisory committee to Trump, told reporters that decisions about where to build specific vehicles are made "two, three four years ago". Overall, she said of Trump, "we have much more in common than we have different".

Trump also took to Twitter on Monday to thank Ford and Fiat Chrysler to reponding to his calls to focus on American manufacturing.

It's finally happening - Fiat Chrysler just announced plans to invest $1BILLION in Michigan and Ohio plants, adding 2000 jobs. This after...

Ford said last week that it will expand in Michigan and U.S. instead of building a BILLION dollar plant in Mexico. Thank you Ford & Fiat C!

Barra had a conversation with Trump on Tuesday, a person briefed on the call told Reuters. Barra declined to discuss her conversations with Trump.

Many automakers plan to use the annual North American International Auto show in Detroit, which started on Saturday, to tout investments in the United States and a commitment to U.S. employment against the backdrop of Trump's criticism of automakers for shipping vehicles into the U.S. from Mexico.

Daimler AG Chief Executive Dieter Zetsche on Sunday said during an auto show event that the German automaker plans to invest another US$1.3 billion to expand sport utility vehicle (SUV) production at a factory in Alabama.

Automakers are girding for rounds of questions about Mexican investments and U.S. jobs in the wake of Trump's harsh criticism of automakers.

Most of the major automakers in the U.S. have substantial vehicle making operations in Mexico, as well as complex networks of parts makers that supply their factories in the U.S. and support jobs and investment in states such as Ohio and Michigan.

The company had already signaled plans to expand truck and SUV production at its U.S. plants, and discontinued production of small and medium-sized cars in two U.S. factories.

FCA executives did not confer with Trump before making the decision on the new big SUVs and a Jeep pickup truck, according to a person familiar with the company's thinking.

The same source said FCA CEO Sergio Marchionne wanted to get out the news about adding jobs and investment in the United States in case the company encounters more criticism from Trump.

Marchionne said Monday that his company may also be forced to withdraw from Mexico if Trump's promised "big border tax" comes to fruition.

Still, Fiat Chrysler's announcement landed as global auto industry executives gathered for the annual auto show in a climate of growing uncertainty about the trade and regulatory policies the new Republican administration will pursue.

Trump, who will be inaugurated on Jan. 20, has talked about rolling back environmental regulations, and supporting corporate tax cuts - moves automakers would welcome.

He has just as explicitly warned that he will move to raise the costs of importing vehicles from Mexico, a policy industry executives said could hurt their businesses.

Since Trump's election, automakers and other companies have played up their investments in the United States.

Last week, Ford scrapped plans to build a $1.6 billion plant in Mexico and invest $700 million in a factory in Michigan. Ford will still move production of Focus small cars to Mexico, but will instead cut total production of the cars by consolidating their assembly in an existing Mexican plant.

Hinrich Woebcken, chief executive of the North America Region for German automaker Volkswagen AG <VOWG_p.DE>, told Reuters on Sunday the automaker plans to invest $7 billion in the United States between 2015 and 2019 and will start building its new Atlas SUV in Tennessee later this year.

Volkswagen has had a plant in Mexico for 50 years and it is not shifting any jobs to Mexico from the United States.

"We do not make our investment decisions based on administrative cycles. Our business is really an 8-, 12-, 14-year horizon when we look at investments," Woebcken said on the sidelines of the Detroit auto show.

FCA said a plant in Warren, Michigan, near Detroit, would make the Jeep Wagoneer and Jeep Grand Wagoneer SUVs, while a Toledo, Ohio, factory would produce the Jeep pickup.

The company said the production plans in Ohio and Michigan were "subject to the negotiation and final approval of incentives by state and local entities".

U.S. consumers have increasingly shifted toward SUVs and pickup trucks and away from sedans in recent years, as gasoline prices have remained relatively low.

A year ago, Marchionne said FCA would cease production of two sedans and focus on SUVs and pickups.

Marchionne said in a statement on Sunday that the lineup changes were due to that consumer shift.

"We continue to reinforce the U.S. as a global manufacturing hub" for SUVs and pickup trucks, he added.