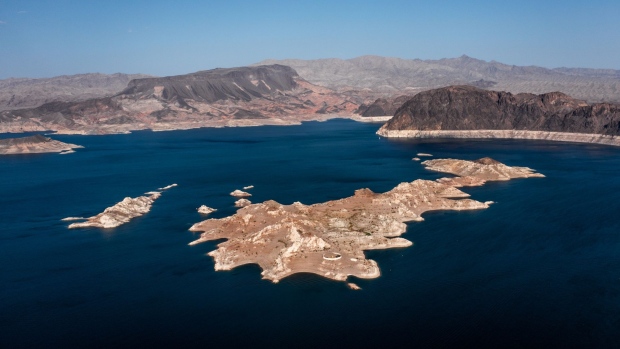 Lake Mead during low water levels in Boulder City, Nevada, U.S., on Thursday, Aug. 19, 2021. Federal officials ordered the first-ever water cuts on the Colorado River system that sustains 40 million people, the latest blow from a decades-long drought across the U.S. West that has shrunk reservoirs to historic lows, devastated farms and set the stage for deadly forest fires. , Bloomberg

(Bloomberg) -- A fifth set of human bones has been found in Nevada’s Lake Mead, which has been sinking amid a historic drought.

The latest discovery was made Monday, according to the National Park Service.

The first set, that of a murder victim in a barrel, was found in early May. The cause of death in the other cases is under investigation by Las Vegas police.

Lake Mead is the largest US reservoir by capacity.