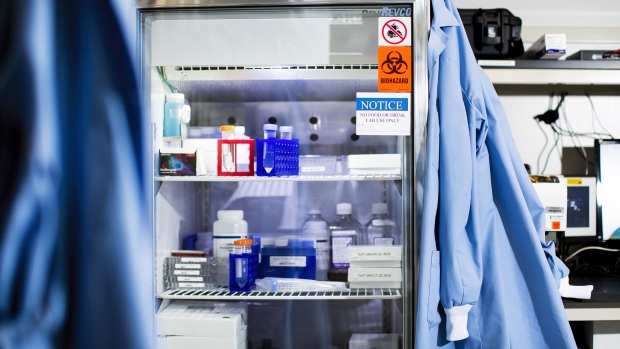 (Bloomberg) -- The world has become dependent on small drugmakers to develop antibiotics that can prevent bacteria pandemics, even as these companies face funding shortfalls and bankruptcy risk, a new report said.

About 75% of all late-stage antibiotics in the research and development pipeline came from small and medium-sized businesses, according to the Access to Medicine Foundation, an Amsterdam-based non-profit group. That’s after many larger pharmaceutical companies all but abandoned antibacterial research. This puts promising drugs at risk of being left stranded and impedes the fight against drug-resistant bacteria, the foundation said in a statement.

“The pandemic of drug-resistant infections will pose a bigger global health emergency than Covid-19, and it’s a silent pandemic that is already growing,” Jayasree Iyer, executive director at the foundation, said in a phone interview.

Immunity to antibiotics, known as antimicrobial resistance, kills hundreds of thousands of people each year and risks undermining health systems worldwide. Recent examples include a rising number of drug-resistant infections in the U.S., and a deadly fungus outbreak in India.

The foundation urged governments and companies to fix the “broken market” by providing reward systems to encourage investment. The U.K. government already plans to push the world’s biggest economies to develop new ways to pay for the fight against drug-resistant bugs.

“The low returns of this business -- both in the price paid and the volumes used -- means survival is a struggle, even for some companies with the most promising products in the pipeline and those that have successfully developed products,” the foundation said.