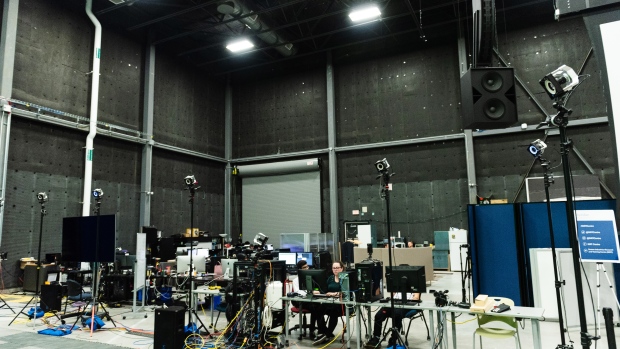 Hundreds of productions and thousands of entertainment jobs are on hold because the federal government has yet to intervene and help them get COVID-19 insurance, say two Canadian film and television organizations.

The Canadian Media Producers Association and the Association quebecoise de la production mediatique said Friday that they have identified 214 camera-ready film and TV projects, 19,560 jobs and $1 billion in production volume that have stalled because insurers aren't offering COVID-19 coverage.

"There's just a huge amount of production that's raring and ready to go, but can't," said Andrew Addison, the CMPA's vice-president of communications, marketing and membership.

His organization and the AQPM pitched a federal government-backed insurance program in June and reiterated their plea to Heritage Minister Steven Guilbeault earlier this week.

The premiums would form a dedicated pot to pay for potential claims and the government would only contribute financially through a proposed $100-million backstop if the funds generated though the sale of the policies were insufficient to cover the claims made.

Politicians have yet to act on the proposal.

"We understand the urgency of the situation and are hopeful to provide a solution in the near future," she wrote.

Addison is worried because France, the United Kingdom and Australia have already stepped in to help their entertainment industries and he believes time is of the essence, but little has been done so far.

"If you don't get to camera in summer or by fall, winter makes it nearly impossible to do a lot of shooting outdoors," he said.

"We're really getting to a point of no return. If something comes in November, it's going to be too late."

He worries that without quick action productions could be put off by a full year or even worse, suspended forever.

Some productions, he said, have been able to return because of insurance policies they signed before COVID-19's spread that include pandemic clauses.

U.S. studios with deep wells of cash have also found ways to self-insure themselves, creating a risk of foreign productions moving in and swallowing up resources, so when insurance is found, it is harder for Canadian films and television shows to get started again.

--With files from Victoria Ahearn.