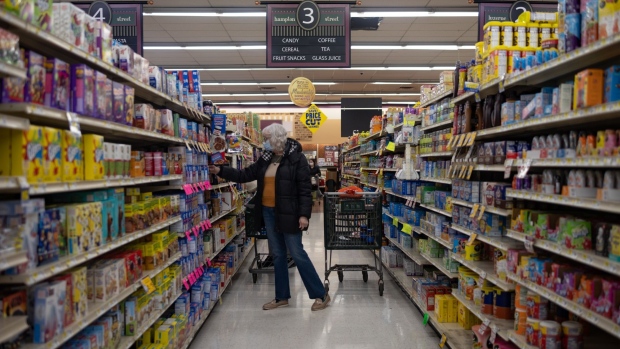 (Bloomberg) -- The potent cocktail of decades-high inflation and aggressively rising interest rates is showing signs of taking a toll on consumers, and financial-services providers are reacting with cuts to their business lines.

Consumers are still buying for now, according to a bevy of executives, who also said they are taking steps in anticipation that spending will curtail.

Buyers with less-than-stellar credit scores are some of the first to feel the ripple effect. In addition to the Capital One cuts, Discover’s Hochschild said the firm is limiting new accounts for those at the “lower end of prime” scores.

“That’s why you’re seeing stress in the subprime and near-prime issuers, where those households are already tapped out,” Hochschild said. “They’re already shopping at Dollar General or the lower-end retailers.”

Households will have to make difficult spending decisions in the near future, a prospect some are already facing, according to Brian Wenzel, chief financial officer at Synchrony Financial.

“It’s all about elongating liquidity for them,” he said. “What we hear today is, ‘I cant make my rent payment, it’s up. Inflation is killing me on gas and groceries.’ You see that.”