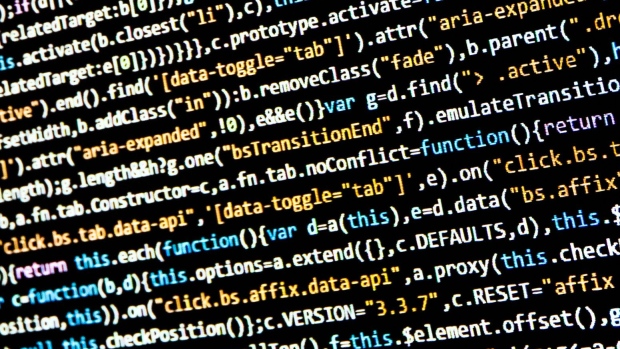 (Bloomberg) -- As Goldman Sachs Group Inc.’s top brass sounded the alarm of a return to pre-pandemic office life, one group of workers was reassured they’d get to keep some of their treasured flexibility.

The Wall Street firm’s coders can continue to work from home two days a week, according to people briefed on the firm’s plans. They’re not alone. Across financial services, the software engineers who have been at the heart of talent wars are winning more freedom than the bankers they work with.

Wells Fargo & Co. told employees last month that work from home will be capped at two days a week for many roles, but said it would make an exception for most of its technology team. Citigroup Inc. chalks up some of its recent wins around tech recruiting to the firm’s greater flexibility around remote work.

Other lenders, including Barclays Plc, have also made clear that some roles would get more flexibility and the bank would leave the details of its hybrid approaches to the managers. The British bank is giving up its second office in London’s Canary Wharf financial district.

“There is no ‘one size fits all’ approach,” Chief Executive Officer Jes Staley recently said.

These diverging approaches are increasingly gaining favor. The spread of Covid-19 variants has forced plenty of finance firms to delay their return-to-office plans. Even if the virus recedes, the broad range of roles inside banks means implementing a consistent policy across roles and regions will be difficult.

Office-shy engineers have long enjoyed special treatment. During the dot-com boom, Goldman added foosball tables to its old New York headquarters in a bid to present a more appealing workplace to its engineering talent.

Coders have an even stronger negotiating hand today. Tech firms are booming and many have made work-from-home an integral part of their new normal. Fintechs and companies like Alphabet Inc. are targeting people with deep product knowledge in financial services as they look to build expertise in the space.

Software has become a major part of big banks’ business, from replacing branches with digital retail offerings to moving bigger swathes of the fixed-income markets to electronic trading. JPMorgan Chase & Co. spends more than $10 billion a year on technology, while HSBC Holdings Plc said its tech expenses climbed to $3 billion in this year’s first half.

The drawbacks of granting flexibility aren’t as steep as in some other parts of their business. Software engineers rarely have to deal directly with the firms’ clients and are used to working on projects from anywhere.

“Coders are introverts by nature anyway,” Jason Kennedy, chief executive officer of U.K.-based recruiting firm Kennedy Group, said in an interview. Flexibility “minimizes the risk of losing people, because those who don’t want to work in a crowded place don’t have to.”

Under newly installed Chief Executive Officer Jane Fraser, Citigroup Inc. has vowed most employees will be able to work from home at least part of the week on a permanent basis - a more flexible approach to office life than many of her peers across Wall Street. That’s helped the lender in its ongoing battle for technology talent.

“In some ways, hiring has gotten harder and other ways it’s gotten easier,” Stuart Riley, who oversees operations and technology for Citigroup’s institutional clients group. “One of the reasons someone would have gone to a big tech firm is there was just generally a bit more flexibility. Citi has caught up in that.”

Still, even the more flexible banks will struggle to match the pitch from some rivals. British fintech Revolut Ltd is allowing all employees the flexibility to work from home or from the office. Staff can also work overseas for as long as two months per year.