It’s a 'shock to hear that a finance minister is resigning': Former PBO

Bill Morneau is resigning from his position as Canada’s finance minister and a Liberal member of Parliament.

Morneau, who has been in the role since 2015, says he is putting his name forward as a candidate to lead the Organization for Economic Cooperation and Development.

He made the announcement in a press conference Monday evening, shortly after BNN Bloomberg learned the news from a source familiar with the matter.

“I’ve been thinking about this for a period of time,” Morneau told reporters in Ottawa.

Morneau thanked Prime Minister Justin Trudeau for the “life-changing” opportunity and said he’s confident the prime minister will make a “positive choice” for the next finance minister.

“Bill, you have my deepest gratitude and I want to thank you for everything you have done to improve the quality of life of Canadians. I know you will continue making great contributions to our country in the years to come,” he wrote.

In an emailed statement to BNN Bloomberg Tuesday, a spokesperson for U.S.Treasury Secretary Steve Mnuchin said he "has enjoyed working with Bill Morneau as Canadian Finance Minister and wishes him all the best.”

Earlier Monday, BNN Bloomberg reported Trudeau and Morneau were holding a face-to-face meeting. A senior government source, who was not authorized to speak on the record, told BNN Bloomberg the nature of the meeting was to discuss their working relationship. 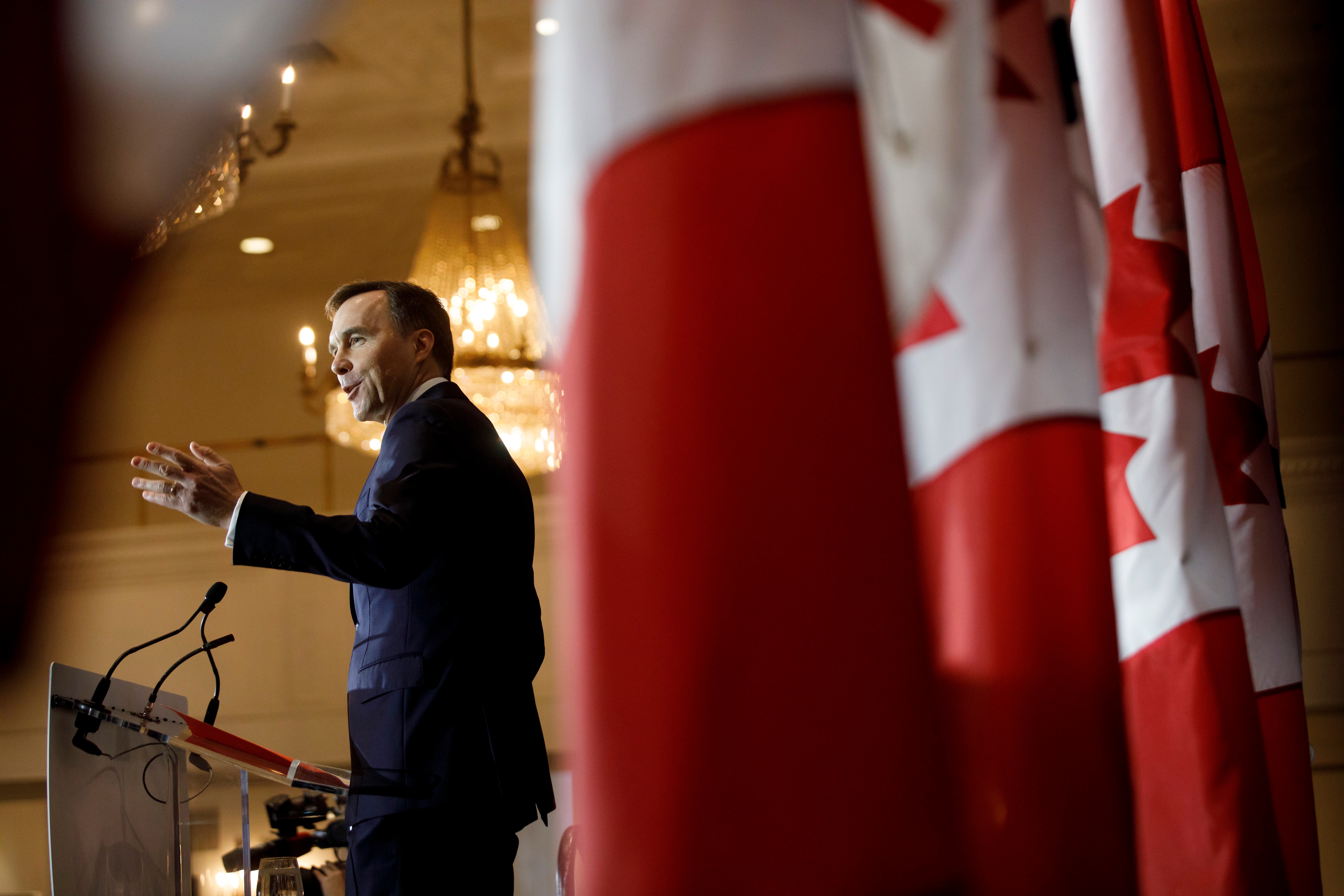 Which of these will define Bill Morneau’s legacy as finance minister?

Bloomberg News reported last week that Mark Carney, a former Bank of Canada and Bank of England governor, has been serving as an informal advisor to Trudeau on the economic recovery.

For several weeks, opposition parties have been calling for Morneau’s resignation over allegations that he had a conflict of interest in the WE Charity affair.

In his remarks Monday evening, Morneau said Trudeau did not ask him to resign. He also suggested the recent leaks and speculation about his relationship with the prime minister were par for the course as finance minister.

“I will look forward to watching politics from the outside,” he said.

And thanks to his unwavering leadership and commitment to service throughout the pandemic, our government has laid the groundwork for a strong economic recovery. I have counted on his leadership, advice, and close friendship over the years and I look forward to that continuing.

Wishing my friend @Bill_Morneau the very best in your next adventure. As the US Ambassador to Canada I enjoyed working successfully together on issues and opportunities our two countries faced. Be well my friend.

Wishing @Bill_Morneau well on his future endeavours. Looking forward to an early meeting with the next Finance Minister.

Bill Morneau’s “resignation” is further proof of a government in chaos.

At a time when Canadians are worried about their health and their finances , Justin Trudeau’s government is so consumed by scandal that Trudeau has amputated his right hand to try and save himself. 1/3

It's obvious why Morneau resigned unless you haven't been watching the news for the past few weeks. It's known in politics as being "thrown under the bus."