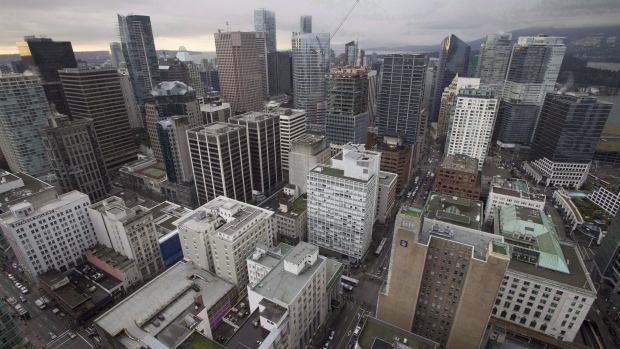 Senior Finance officials grappling with how to best track foreign activity as the Vancouver housing market kicked into overdrive placed little trust in real estate insiders to tell the true story about foreign buyers, according to documents obtained by BNN.

And that mistrust also tainted the Finance Department’s view of foreign ownership data being collected by the country’s housing agency, Canada Mortgage and Housing Corporation.

The chief concern, outlined in ministerial briefing notes obtained under the Access to Information Act, was the potential reluctance of real estate professionals who did business with foreign buyers to even respond to questions on the issue.

“Surveys of homebuyers, real estate agents, or other professionals would also be subject to biases created by non-responses, especially by professionals with significant dealings with foreign homebuyers,” Assistant Deputy Minister Jean-François Perrault – now chief economist at Bank of Nova Scotia – wrote to Deputy Minister Paul Rochon in a confidential memo in 2015.

It was the same year Vancouver set a new record for home sales, as more than 42,000 properties changed hands. Benchmark prices ended the year up 19 per cent, and the benchmark for a single-family home soared 24 per cent to $1.24 million.

The limitations of CMHC’s survey of condominium managers were also flagged in the memo, warning those managers could be “reluctant to participate if much of their business is with foreign buyers.”

The housing agency’s December 2015 survey results suggested the percentage of foreign ownership of condos in Vancouver and Toronto’s urban centres was in the mid-single digits. But those findings came with a caveat: CMHC ranked the quality of the Vancouver results as only “fair” – as opposed to “good” or “excellent” – and warned they should be used with “caution.”

The memos obtained by BNN were written before both Vancouver and Toronto made their policy moves and ushered in foreign buyer taxes. Some industry players and observers were critical of those moves, arguing Canada lacked a clear picture of the role foreign buyers are playing in the market.

As Ottawa examined the best avenues to collect such information, Perrault cautioned “many of the potential approaches to gathering data on foreign homebuyers would result in inaccurate data or administrative difficulties.”

While the memo went on to detail some of those issues, that section was redacted in the documents received by BNN.

Perrault outlined his concerns in a memo dated Oct. 20, 2015 – one day after the Trudeau Liberals defeated the Harper Conservatives at the polls and just months before Perrault left Finance for his role at Scotiabank.

In a separate memo sent to then-Finance Minister Joe Oliver earlier that year, Rochon also expressed concern that surveying the real estate industry would not provide a true picture of foreign activity in the market.

“Surveys of realtors may have systematic non-responses from those realtors benefitting the most from foreign purchases,” Rochon wrote to the minister in June, 2015.

“This is the problem with survey data,” Realosophy.com President John Pasalis told BNN in an email.

“The people with a lot of foreign buyer clients have an incentive to ignore the survey, or worse lie if they believe an honest response might result in more measures curbing demand from their foreign clients.”

The Trudeau government ultimately decided to task Statistics Canada with setting up a database to track foreign ownership, giving the agency $40 million over five years for the project. StatsCan says it draws data from land titles, property assessment data, the census, and tax and business register data.

The agency’s first release, in December 2017, focused on Vancouver and Toronto and expanded to include other property types, such as single-family homes. It looked a lot like the results from CMHC’s survey of condo managers – namely the percentage of foreign ownership in those two cities was reported to be in the single digits.

“The department believes it presents useful information to better understand the picture of foreign activity in these (census metropolitan areas).”

The spokesman added that as StatsCan continues its work, “it will provide further insights into the nature of foreign activity in real estate in the country.”

The percentage of foreign ownership in Toronto and Vancouver was called into question by critics.

Anti-corruption group Transparency International Canada called the StatsCan numbers flat out wrong, adding anyone who tries to come up with an accurate number will also be wrong. Their reasoning: foreign investors can buy Canadian real estate through companies or Canadian citizens without disclosing the true beneficial owner.