Build a rewarding career: Advice for women in the financial services industry 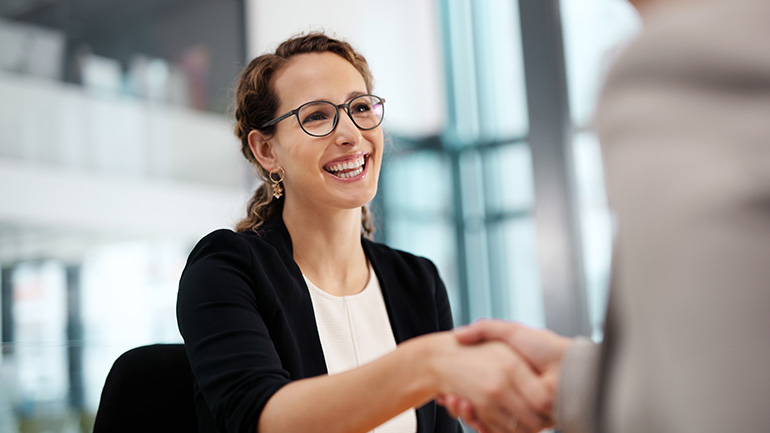 Fostering a gender-equal world: Perspectives on how together, we can #BreakTheBias 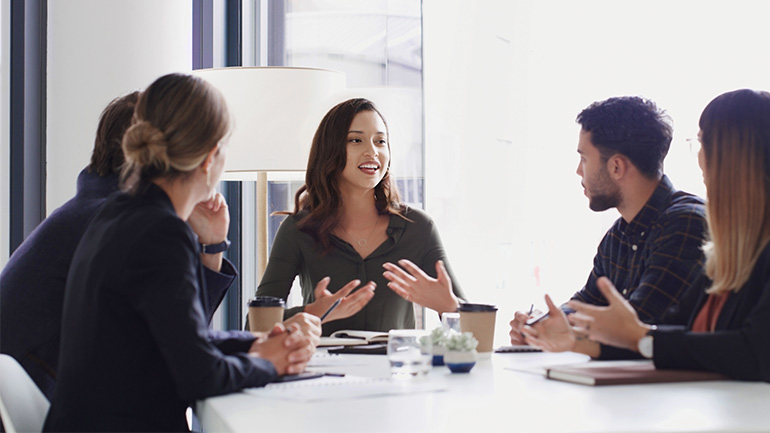 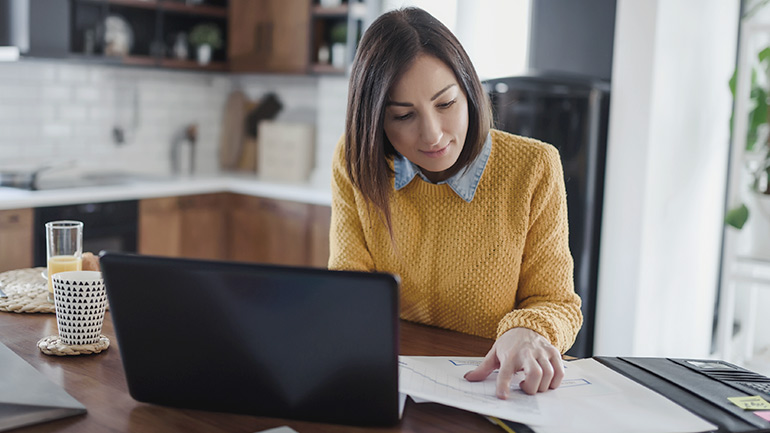 The Route to Delivering the Negative Emissions Market 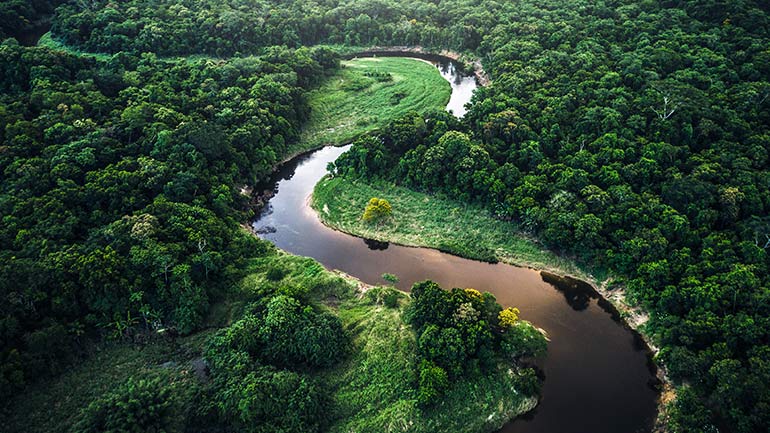 A Q and A with Amy West, Global Head of Sustainable Finance and Corporate Transitions group 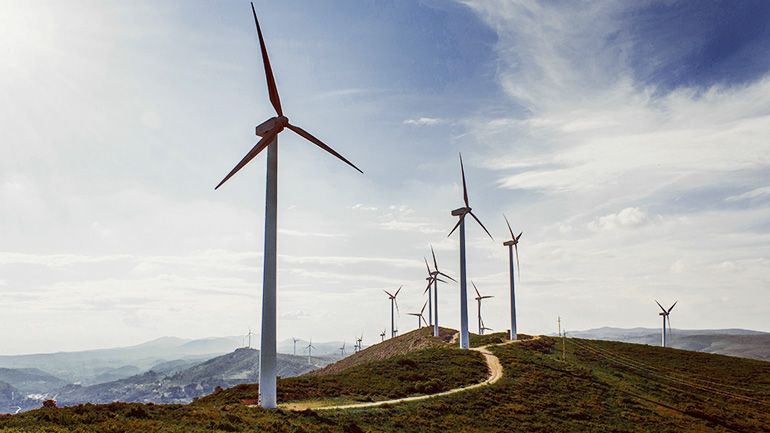 What it means to be Two-Spirit 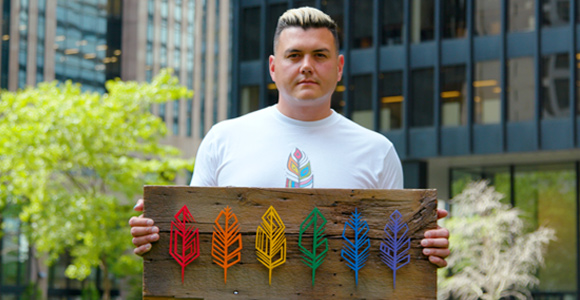 Fostering an inclusive workplace: Understanding microaggressions and their impact 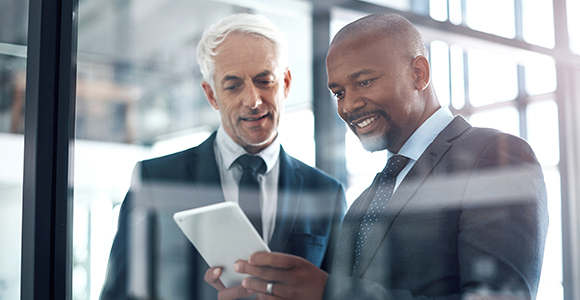 Rania Llewellyn joined Laurentian Bank of Canada with a mission to not only turn around an institution that was struggling to grow and move past prior management missteps, but to also make a major change to the company’s culture to foster a more inclusive workplace for women and minorities. All while keeping Bay Street happy with Laurentian’s quarterly financial performance.

“It's a fine balance. And that's why when we're setting priorities and setting objectives and you're looking at strategy, you really need to know where you're going. And then you need to chart a path and the mix of priorities throughout that will help get you there,” Llewellyn said in an interview.

When she was appointed chief executive in Oct. 2020, she took on a bank whose core business was struggling. The company faced fierce competition from its much larger rivals; it continued to lag on its digital capabilities and mobile app; and in late 2017, it suffered a setback when it found misrepresentations on some mortgages it sold to a third-party firm.

As Llewellyn takes on the task of putting the company on more solid footing, she’s also introducing more modern philosophies such as allowing employees to work mostly remotely and not requiring new hires to have prior Canadian experience.

“I would say we've been very, very successful in attracting a lot of talent, despite the war on talent. It’s definitely resonating with our existing employee base, as well as, you know, our target talent that we're going after,” she said.

The company has pared back its headcount steadily over the past five years. In 2017, Laurentian had 3,700 employees. As of the end of April, it had approximately 2,900.

Llewellyn has been outspoken about how equality, diversity and inclusion are top priorities for her – so much so that it was written into her three-year plan for the bank.

Staying nimble and adjusting the business strategy along the way is key to making it work, she said, as is communicating that strategy to Bay Street, even if it means the bank’s turnaround isn’t linear.

Legacy issues and potential economic headwinds on the horizon are reasons some Bay Street investors such as Bryden Teich, partner and portfolio manager at Avenue Investment Management, have shied away from the stock. Teich said he last spoke to Llewellyn and her management team during a banking conference in January. He often examines Laurentian as part of his reviews of potential banking sector investments.

“[Llewellyn] definitely had a big impact on the credibility of the direction that they're heading. So I think part of that strength comes from her. She definitely has a very clear vision for what she wants to achieve,” Teich said by phone.

He’s expecting loan growth to slow, and said a potential recession will prove difficult for the banking sector.

“I think it's a very dangerous game to just meet quarter-over-quarter and not have the long-term vision in mind.”

Quarterly earnings reports are meant to keep shareholders up to date on a company’s financial health in a timely manner. The downfall is they also run the risk of leading to short-term thinking among upper management in order to deliver favourable results quickly.

Shortly after Llewellyn took the reins, Bay Street started pressing for the company’s three-year plan. It was ultimately released in Dec. 2021, after a year-long review.

“It took me a while to launch it. The analysts were all over me, saying, you know, ‘When is it coming? When is it coming?’ And to be honest, as a new CEO, I felt a lot of pressure,” she said.

The stakes are high when your performance is not only on public display, but you’re also the first woman to lead a chartered bank in Canada.

She has since learned to resist giving into some of the market’s demands after guidance from a long-time mentor, whose name she did not disclose.

“The best advice I got was: ‘You have control over the timing. This is your bank. Your vision. Your strategy. So you only unveil things when you're ready. Don't let the market dictate that for you,’ ” she said.

More often than not though, Laurentian has been meeting, or exceeding, quarterly financial estimates since Llewellyn took the reins.

The company posted its highest quarterly profit since 2018 in its fiscal second quarter, helped by its commercial banking and capital markets units and by keeping a lid on costs.

“It's interesting. I guess I've always performed, but it was always under the radar. And so, now, I feel the pressure that any CEO has. But when you're a minority and you're different, there is that extra pressure that's there — like, let’s see how this person can do,” Llewellyn said.

Since she’s been in power, Laurentian’s stock has outperformed all of the Big Five banks except for Bank of Montreal. 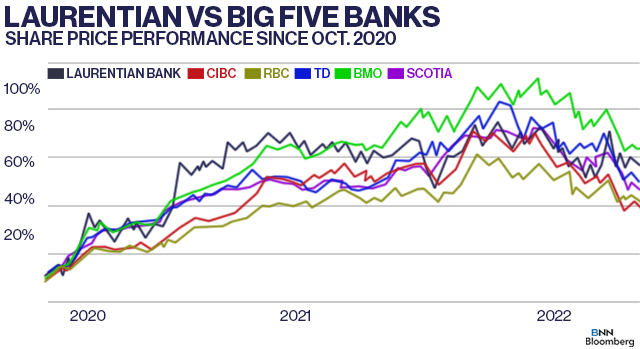 Llewellyn’s climb to the top was more than 40 years in the making, and while she doesn’t consider herself a role model per se, she has a number of anecdotes of being told otherwise.

“I've always just put my head down and just got my work done, and I've always kind of led organizations the same way I've been leading Laurentian. I underestimated the significance of it and how it impacts other women who are, you know, looking up to see now [that] there's representation and now [they] can see [themselves] in that role,” she said.

“That was probably the ‘aha’ moment for me when I took this job.”

With that in mind, she said she now gets to be “in the driver’s seat” and “set the tone from the top” — an opportunity not many women have.

An Oct. 2021 report from Toronto-based law firm Osler, Hoskin & Harcourt LLP found women held just 23.4 per cent of board seats at TSX-listed companies. While that’s a two percentage point increase from the prior year, little progress has been made at the chief executive level.

Including Llewellyn herself, 60 per cent of Laurentian’s board seats are held by women.

“I guess I broke a glass ceiling and I hope I'm the first but I’m not the last,” she said.

“I think I've had mentors and I've had people who have helped lift me up on their shoulders and I feel that it's an obligation and it's an honour for me to be able to pay it forward.”

Rather than aspiring to join the ranks of Canada’s biggest banks, Llewellyn envisions Laurentian as being the “best alternative” to the Big Six.

Llewellyn is identifying where the company’s strengths lie and developing specializations in them, meaning the bank can not be “all things to all people.”

Laurentian doesn’t have a typical trading desk and is primarily focused on fixed income. The company has also made it known it doesn’t lend directly to exploration and development firms in the fossil fuel sector because it adopted so-called ESG — or environmental, social and governance — as a core value.

“The most important thing I think, for Laurentian, is to get through this next period of potential recession well, while at the same time, be pushing in advancing their technology offering and digital capabilities. Then it will put them in a position to come out of the downturn with a great digital offering,” Teich said.

“It's going to be a hard environment, but I would say after meeting with them, if anyone can do it, I would say it certainly seems like she can. So it’s one of those things where she’s bitten off a lot and I think that she can weather through this and turn it into a very positive situation.”

While Laurentian is finding its stride in its own comfort zones, Llewellyn’s career advice to young women is completely the opposite.

“The courage to take risks, you know, getting uncomfortable. It’s the only way you're gonna grow,” she said.

“Courage is a very important thing, and it's okay to feel uncomfortable. To me, one of my biggest drivers has always been fear of failure. And so you only do that if you're actually uncomfortable with what you're doing. I encourage people to get out of your comfort zone. If you know how to do your job, you know it inside out — it's time for you to move because there is no room for growth.”