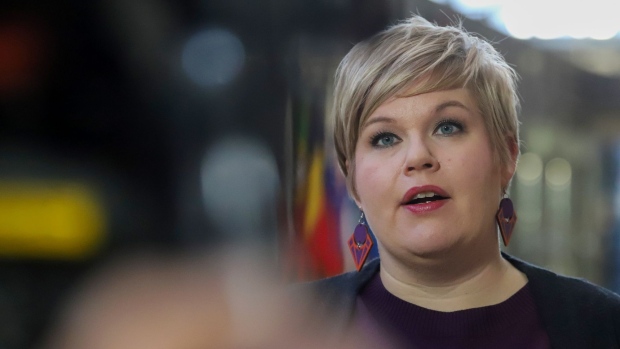 The defense outlays include 1.74 billion euros on materials, including weapons, and 163 million euros on surveillance aircraft for the border guard, Finance Minister Annika Saarikko said at a press conference in Helsinki on Tuesday.

Talks originally scheduled to run over two days wrapped up in hours as ministers agreed on the spending plan for the next four years. The framework sees Finland’s public finances running a deficit of about 7 billion euros each year through 2026.

The government also decided that any unavoidable defense, border security and cyber security needs will be met even if that spending isn’t mapped out in the budget framework, Saarikko said.

The government of Prime Minister Sanna Marin in December agreed on a 10 billion-euro procurement of a fleet of 64 Lockheed Martin Corp. F-35 multi-role fighter jets, and combined with its regular defense budget, the government is spending more than 2% of its gross domestic product on the military.