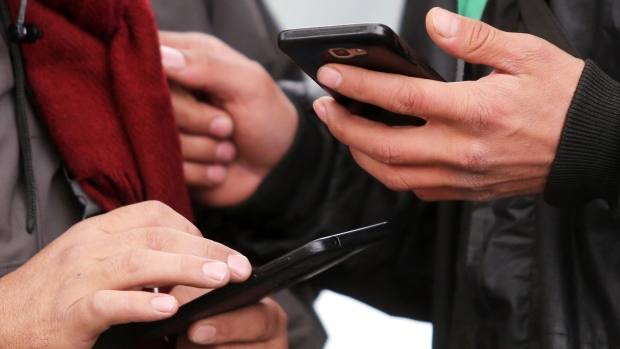 (Bloomberg) -- Finland is working to stop a flood of text messages of an unknown origin that are spreading malware.

The messages with malicious links to malware called FluBot number in the millions, according to Aino-Maria Vayrynen, information security specialist at the National Cyber Security Centre. Telia Co AB, the country’s second-biggest telecommunications operator, has intercepted some hundreds of thousands of messages.

The messages started beeping of Finns’ mobiles late last week, prompting the National Cyber Security Centre to issue a “severe alert.” The campaign is worse than a previous bout of activity in the summer, Antti Turunen, fraud manager at Telia, said.

Many of the messages claim that the recipient has received a voice mail, asking them to open a link. On Android devices, that brings up a prompt that requests user to allow installation of an application that contains the malware, and on Apple Inc.’s iPhones users are taken to other fraudulent material on the website, authorities said.