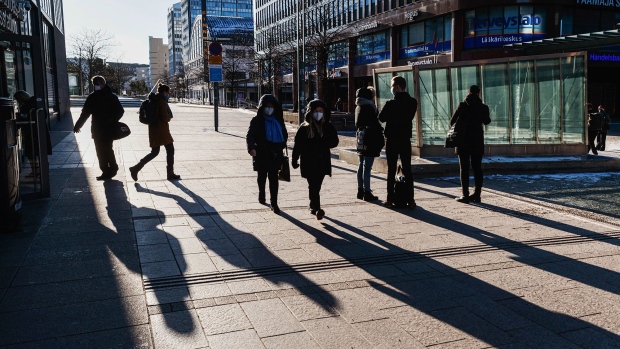 (Bloomberg) -- Finland is a target of a broad range of unlawful intelligence gathering and operations intended to sway public opinion, the Finnish Security and Intelligence Service said.

The activity originates from Russia and China in particular and is intended to secure “insights into the preparation of major policy positions and details of state-of-the-art technology,” the organization said in an update on Monday.

Among cyber threats, state-sponsored espionage remains a key concern, and ransomware attacks may endanger national security, according to the report. It also cited a “particularly high” risk to Finnish information infrastructure from potential legitimate investments by authoritarian states.

The threat of terrorism is expected to remain elevated in Finland over the next two years, corresponding to level two on a four-point scale. Individuals and small groups harboring far-right or radical Islamist ideologies pose the main terror threat, with about 390 people designated as counter-terrorism targets.