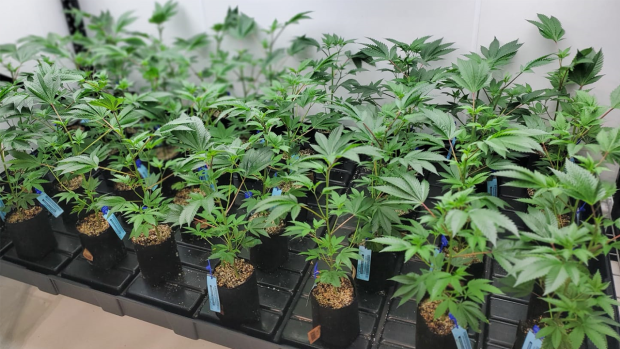 Because legal recreational cannabis has become more accessible, it’s easy to forget how young this sector really is. Along with rapid expansion came big dreams and wild speculation, and many companies scaled too fast, chasing goals not all had the real-world experience to realize.

But some companies have matured along with the industry, standing out not only for quality products, but the sound business practices and realistic goals that create long-term shareholder value.

One of these companies is Fiore Cannabis (CSE: FIOR | OTCQX: FIORF), which CEO, Erik Anderson, brought to a state of low debt and profitability by focusing on quality organic product, strong relationships and streamlined operations.

“Nevada and California are two of the best markets in the U.S. for cannabis and, indeed, the world. We have opportunities in both states to be vertically integrated and maintain a strong, fully transparent relationship with our investors and shareholders.” — Erik Anderson, President and CEO, Fiore Cannabis Ltd.

Rebranding with a specific corporate focus

Turning Fiore around was simple, but not easy — Anderson says he was guided by basic, proven business fundamentals. “Less is more,” he shares. “Focus on your core abilities. If you aren’t generating revenue with a specific asset, sell it and focus on where you are making money. If you have quality products and strong brand awareness, your relationship to your customers will dictate success.”

Under Anderson’s leadership, the company undertook a complete transformation throughout 2020, which culminated in a name change to Fiore Cannabis in early November. Fiore, an award-winning organic flower brand that the company sells in Nevada, epitomizes their craft-focused, artisanal approach to cultivation and the quality for which they have become known. Branding matters: since the name change, Fiore’s share price has risen significantly.

But the rebranding was just a reflection of the immense growth realized by the company since Anderson took the helm in early 2020. Despite the challenges of the COVID-19 pandemic, work continued uninterrupted as Fiore’s Nevada and California operations were deemed essential services.

At Green Leaf Wellness, the company’s California dispensary, revenues rose 22 per cent even though its Desert Hot Springs location saw tourism fall dramatically. Anderson credits the location’s growth to strong relationships, both with its loyal clientele and with local wellness organizations, like spas, who consistently bring new demand into the community.

But according to Anderson, profitability isn’t just about boosting revenues. “You must protect your margins from the cost side of the equation,” he notes. “Look at each item in your supply chain to maximize your buying power.”

By reducing inefficiency and improving supplier relationships, the company’s operating expenses decreased an impressive 34 per cent in 2020 compared to the prior year. They also raised $2.2 million from 4 private placements and secured a loan of USD$2 million.

At Fiore’s Apex cultivation and production facility in Las Vegas, inventory currently sits at 46 pounds of 100 per cent organic, soil-grown dried flower, 59 pounds of trim, and 2 pounds of distillate — a true demonstration of the company’s increased efficiency and production capability.

To make way for this much-needed growth, Anderson needed to focus on the assets that were bringing in revenue and sell the ones that weren’t. In practice, that looked like refining Fiore’s focus to their California and Nevada operations. Fiore divested its Washington assets in mid-2020 and, just recently, announced the signing of an MOU with PECA Properties to sell off their land, buildings, equipment and late-stage Health Canada application.

“It was an easy decision to divest assets in Washington and Canada and focus on our core assets,” Anderson explains.

“Nevada and California are two of the best markets in the U.S. for cannabis. We have opportunities in both states to be vertically integrated and maintain a strong, fully transparent relationship with our investors and shareholders.”

Fiore took further action towards profitability by parting ways with ACC Enterprises, with whom they’d undergone a 2019 merger that was no longer serving the company’s goals. After settling with ACC, the merger was effectively reversed, and ACC deconsolidated from Fiore’s financial statements.

“When your facility is properly dialed in and you have the best people, great things happen — and quick,” says Anderson.

In 2020, he revitalized the company’s leadership, appointing U.S. businessman, Dylan Rexing to Fiore’s Board of Directors as well as Kevin Cornish as Chief Financial Officer.

“We focused on hiring people with a proven track record in the cannabis space,” Anderson continues. “The industry is still very much in start-up mode, so you need to hire people who understand the sweat equity that comes with building a business from scratch.”

Anderson also hired a new master grower, three other top Las Vegas-based growers, a new Director of Operations and a new Director of Extraction at their Apex production facility. Their expertise is crucial to the company’s “living soil” grow methodology, which sets them apart in the market as an organic cultivator.

Realizing this method means Fiore invests heavily in their soil to keep it high in nutrition, paired with advanced air and water purification technology and pharmaceutical-grade sanitation. The result is greater yields, and higher THC percentages in the final product.

Apex’s grow rooms have also been upgraded with Fluence LEDs, replacing the failing HPS lights, now returned for warranty replacement, that Anderson describes as the company’s major weakness. Raising the capital to replace the lights and hire the best growers possible meant the quality of Fiore’s product could truly reach its full potential.

It’s this reputation for premium, top-shelf flower that drives Fiore’s downstream retail relationships, notably at Green Leaf Wellness. The dispensary, which was named as the best of its kind in Desert Hot Springs by Palm Springs Life, remained open throughout the COVID-19, even seeing a spike in sales driven in part by the launch of COVID-friendly delivery and pick-up purchasing options.

Overall, the location’s sales have risen 26.4 per cent since April 1, 2020. Fiore anticipates plenty of exciting new ventures in the area surrounding the dispensary; two parcels of land near Desert Hot Springs have been approved for development, with the potential to bring in another 40,000 sq ft of cultivation and production space.

These improved efficiencies and cost reduction measures will streamline operations in both Nevada and California, creating a more profitable company over the long term.

Moreover, the Nevada Department of Taxation’s sales data for the state’s legal cannabis market for the month of January 2021 was published with promising results. The data shows that the state’s total retail cannabis sales hit a record high in January 2021 and were up 30 per cent year-over-year.

This news presents opportunities for Fiore as the company has developed opportunities in both these states to be strong performers in specific market segments and to become vertically integrated over time.

The sales numbers being reported for Nevada bode well for Fiore’s operations in that state where the company expects even greater demand for its products once more people are vaccinated, and the tourism sector rebounds.

Emerging stronger than ever from a year that was challenging for all industries, Fiore will continue gaining momentum the same way it got where it is today: perfecting its already profitable assets in Nevada and California and refining its proprietary living soil grow methodology.

Anderson sees much to look forward to in 2021 and beyond.

“In my first year as CEO, we worked hard to reduce debt and clean up our balance sheet,” he shares. “Going forward, we want to be regarded as low debt, profitable, exploring expansion opportunities, and pursuing mergers and acquisitions — a ‘unicorn’ in the U.S. multi-state operator space.”

To learn more about Fiore Cannabis, visit their website here.