Asset manager ProShares signaled plans to launch a Bitcoin futures exchange-traded fund as soon as Monday, an action that would end an eight-year wait for a security tracking the cryptocurrency on the U.S. stock market, according to a filing.

The fund manager filed an updated prospectus late Friday with the Securities and Exchange Commission for the Bitcoin Strategy ETF (ticker BITO). The filing indicated Oct. 18 as the approximate date for the proposed launch of the fund, which will trade on the NYSE Arca Exchange and charge a management fee of 0.95 per cent. An official at ProShares declined to comment. A spokesperson for the SEC didn’t immediately respond to a request for comment.

Bloomberg News reported Thursday that the SEC isn’t likely to block the products from starting to trade next week, according to people familiar with the matter. Barring a last-minute reversal, the fund launch will be the culmination of a nearly decade-long campaign by the US$6.7 trillion ETF industry. Cameron and Tyler Winklevoss, the twins best known for their part in the history of Facebook Inc., filed the first application for a Bitcoin ETF in 2013. 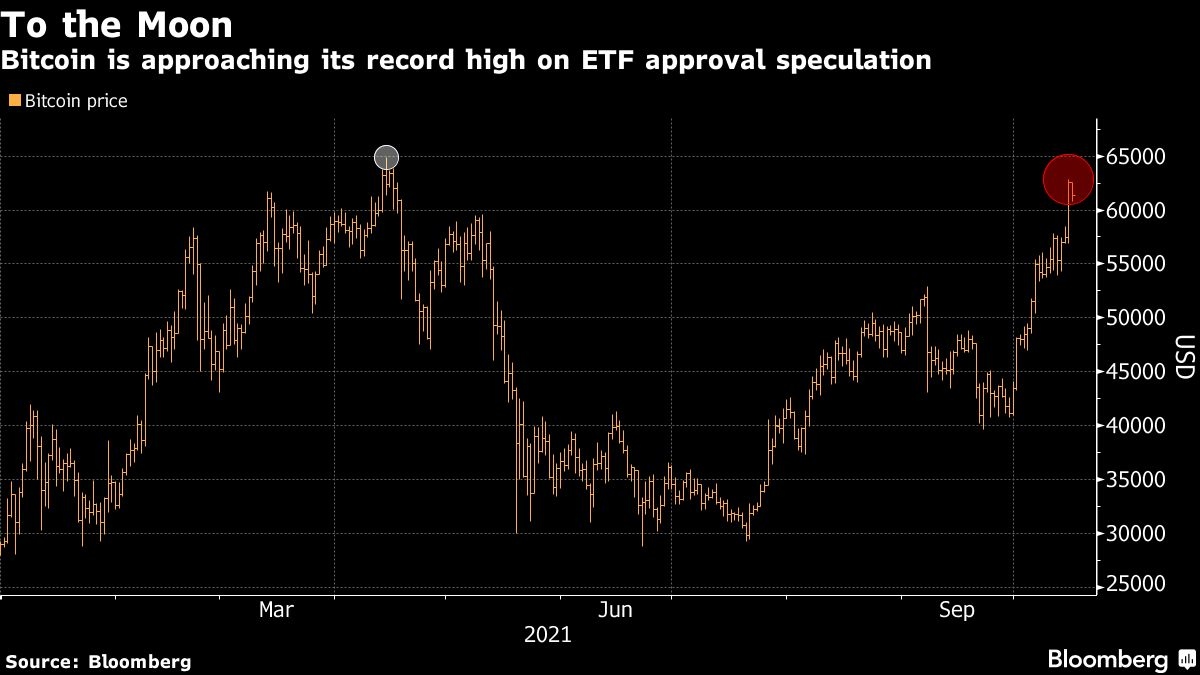 An ETF has been out of grasp for U.S. issuers for nearly a decade, with regulators citing concerns on everything from price manipulation to validating ownership of the coins held by funds. The mood music shifted in August, when SEC head Gary Gensler signaled he’d favor funds based on CME-traded Bitcoin futures filed under a 1940s law -- a stance he reiterated late last month.

That openness spurred a flood of futures-backed filings. Wall Street could see four futures-backed Bitcoin ETFs could begin trading on U.S. exchanges this month, with deadlines for applications from Invesco Ltd., VanEck and Valkyrie also approaching.

An ETF should provide greater ease-of-use for retail investors looking to ride Bitcoin’s often hair-raising ups and downs. Like securities tracking oil and gold, it will change hands on relatively familiar U.S. stock-market venues, rather than in cryptocurrency or futures exchanges whose workings are imposing to some users.

Bitcoin has surged in recent weeks, fueled by speculation that a U.S. launch could be imminent. The world’s largest cryptocurrency broke above US$62,000 for the first time since April on Friday, just below its all-time high of US$64,869 set earlier this year. Bitcoin has more than doubled from its late July low.