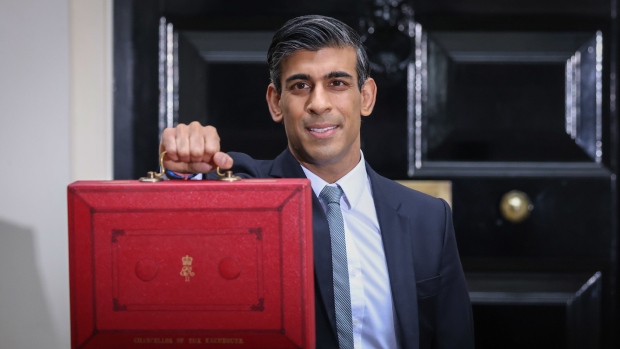 Rishi Sunak, U.K. chancellor of the exchequer, departs from number 11 Downing Street with his ministerial dispatch box on his way to present his spending review in Parliament in London, U.K., on Wednesday, Oct. 27, 2021. Sunak is set to lay out the government's autumn budget with new forecasts from the Office of Budget Responsibility. , Bloomberg

(Bloomberg) -- Here are the key takeaways from U.K. Chancellor of the Exchequer Rishi Sunak’s budget speech in Parliament on Wednesday.