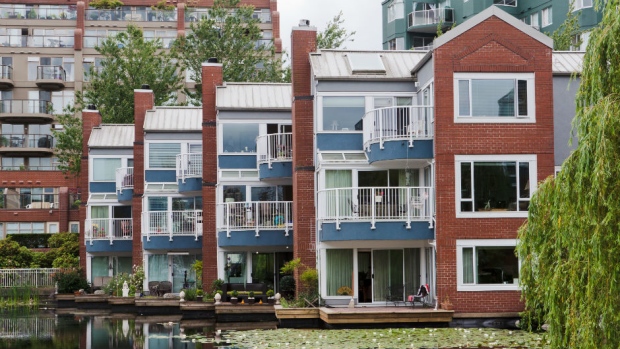 Anyone looking to buy a home in Toronto or Vancouver knows housing prices have been skyrocketing amid fierce demand in those cities. Indeed, according to real estate advisory firm Altus Group, Toronto and Vancouver accounted for 90 percent of the rise in existing home sales last year. And National Bank says non-condo affordability in each city is the worst on record.

With the Bank of Canada keeping its main lending rate near historic lows, Canadians have been credit crazy. According to the Parliamentary Budget Office, Canada has seen the largest increase in household debt relative to income of any G7 country since 2000. Taking on a big mortgage is scary, but not compared to the insanely high mortgage rates homeowners faced in the ‘80s and ‘90s.

The Canada Mortgage and Housing Corporation says foreign buyers own as much as 10 percent of downtown Toronto condos built in the last five years. And last month, National Bank estimated buyers from China account for as much as one-third of the purchases in Vancouver’s housing market.

Two decades worth of cable television shows about home renovations have inspired a nation of Property Brothers-wannabees. According to housing research firm Altus Group, Canadians may spend $72.3 billion on renovations this year, which would represent a 13 percent increase from the same period four years ago. Ontario and B.C. are the two leading provinces when it comes to that spending. Altus Group also found that three out of every four dollars spent on residential renovation spending was tied to alterations or improvements (as opposed to repairs).

Higher home prices generally mean higher commissions. And the numbers suggest realtors have been flooding into the market. Members of the Toronto Real Estate Board handle the lion’s share of home sales in the city. TREB represents 43,000 licensed real estate brokers and salespeople in the GTA, an increase of nearly 40 percent in the past five years. Interestingly enough, annual home sales in the GTA over the past five years have increased roughly 13 percent.