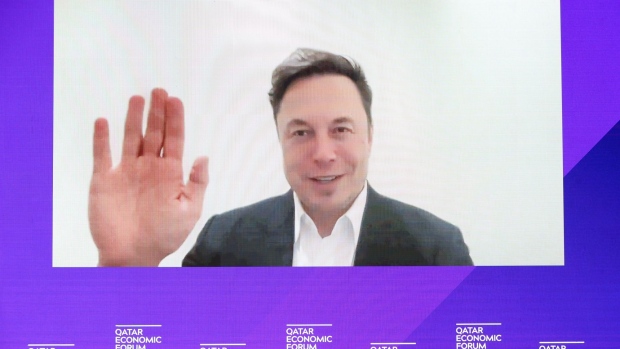 Elon Musk, chief executive officer of Tesla Inc., appears via video link during the Qatar Economic Forum in Doha, Qatar, on Tuesday, June 21, 2022. The second annual Qatar Economic Forum convenes global business leaders and heads of state to tackle some of the world's most pressing challenges, through the lens of the Middle East. , Bloomberg