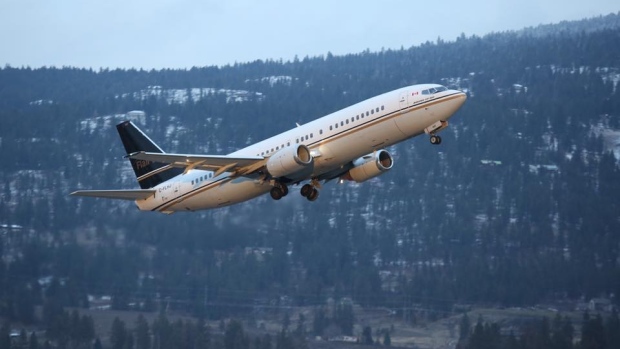 BURNABY, B.C. -- The Canadian Union of Public Employees has called off a job action by 139 Flair Airlines flight attendants that was set to begin early Tuesday morning.

The union cited concerns for the job security of members of CUPE Local 4060 for its decision. Flair Airlines issued memos to employees advising that anyone taking part in the job action would not be scheduled for further work, according to CUPE.

In the memos, Flair offered an additional $150 pay per day to anyone crossing the picket line to get to work, the union said in a release.

"As with any labour dispute after bargaining has broken down, our intent with the job action was to put pressure on the employer while it continued to operate the airline," said CUPE representative Gary Yee. "But Flair's threats of possible illegal actions could jeopardize our members' job security, and we can't allow that to happen."

The union said it will challenge Flair's move at the Canada Industrial Relations Board before proceeding with any job action.

Contract negotiations have been ongoing for more than a year, and CUPE issued the strike notice after mediated talks on Wednesday failed to resolve outstanding issues involving wages, pensions, time credits and scheduling.

Flair said in an email it was "pleased at this overnight development" and thanked flight attendants for their commitment.

"Any claims of unfair labour practices are false, and we are confident the Canadian Industrial Relations Board will agree," a spokeswoman said.