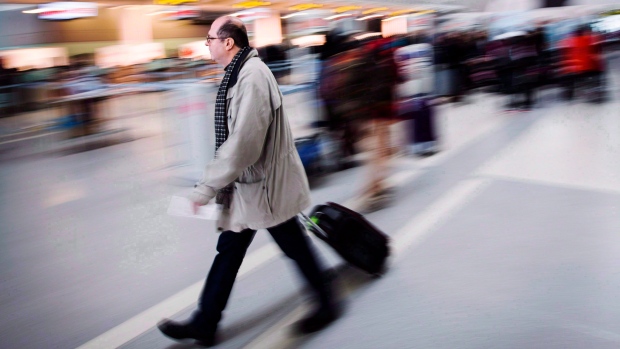 Flair Airlines Ltd. is tinkering with the ultra low cost airline model used in the U.S. and Europe by eliminating carry-on luggage charges in response to consumer demand.

Rempel says Flair is "redefining" the ultra low cost carrier model in Canada. The airline started last summer by taking over the operations of New Leaf.

WestJet Airlines (WJA.TO) says it still plans to charge carry-on fees on its low-cost Swoop subsidiary that is scheduled to launch service next summer.

Spokeswoman Lauren Stewart says Swoop is aiming to cut fares by as much as 30 to 40 per cent the average full-service carrier by selling services according the needs of individual travellers.

Canada Jetlines couldn't be immediately reached about whether it will follow Flair or Swoop for carry-on fees.

So-called ancillary fees are generating increasing revenues for airlines around the world.

They are expected to generate US$82.2 billion this year, a 22 per cent increase in one year, compared to US$22.6 billion in 2010, according to IdeaWorksCompany, a U.S. research company that tracks airline revenue.

European ultra low cost carrier Ryanair and Easyjet were 6th and 7th on the list at nearly US$2 billion and US$1.355 billion, respectively.