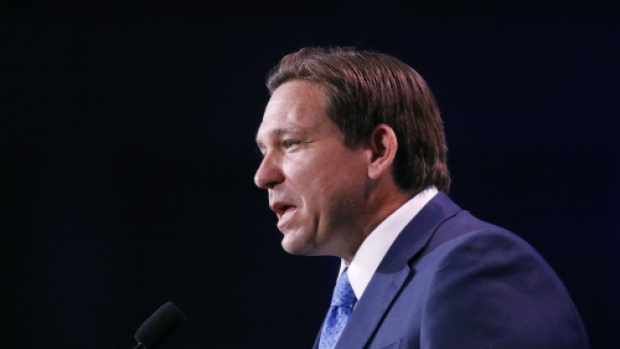 (Bloomberg) -- Florida lawmakers are reviewing ways to restore some of the privileges that the state stripped from Walt Disney Co., still reducing the company’s benefits dramatically without going as far as ending them all, a key legislator said.

Earlier this year, Florida Governor Ron DeSantis signed a law that in 2023 would dissolve a special government district that’s granted sweeping benefits to Disney for half a century, called Reedy Creek, unless it’s reinstated by the legislature. The move was triggered by what the Republican governor saw as Disney’s criticism of a law he signed that limits elementary school teachings about gender identity.

“I think Mr. Iger has already said it probably was a misstep on the company’s part and how they handled it,” Fine said in an interview.  “I don’t think we’d be in this situation if Bob Iger had been CEO.”

The move pitted DeSantis against one of Florida’s largest and most powerful employers, known for several iconic theme parks in Orlando. DeSantis, who’s widely believed to be plotting a run for president in 2024, has made the blow against Disney a key part of his so-called “anti-woke” agenda. The Florida governor has vowed repeatedly to go after corporations that side against him on culture-war fights over race, gender identity and abortion. Fighting what he called “the woke” was the foundation of a reelection campaign that gave DeSantis one of the largest landslide victories of any Republican in the US midterm elections in November.

DeSantis won’t make any “U-turns” from the law he signed this year, his chief spokesman said. The governor will not reverse pledges to remove “the extraordinary benefit given to one company,” Press Secretary Bryan Griffin said in an emailed statement.  “A plan is in the works and will be released soon.”

One goal would be to ensure that Disney would be responsible for paying back the nearly $1 billion in municipal bonds issued by the special district, DeSantis has said. “We will have an even playing field for businesses in Florida, and the state certainly owes no special favors to one company,” Griffin said. “Disney’s debts will not fall on the taxpayers of Florida.”

A Disney spokesperson declined comment. In a recent hall meeting with Disney employees, Iger, said: “Do I like the company being embroiled in controversy? Of course not.”

“It can be distracting and have a negative impact on the company. To the extent I can quiet things down, I’m going to do that,” he said, adding that he’s still getting “up to speed” on the situation with Reedy Creek and that he doesn’t have all the details about the ramifications of Florida’s decision.

Legislation to replace Reedy Creek will seek to strip away benefits that no other company except Disney enjoys, said Fine, who said he’s involved in discussions among lawmakers and the governor. Fine declined to comment on details of the discussions or what privileges might be on the chopping block once a new law is proposed in the legislature.

But he cited perks Disney has enjoyed such as government-like powers to seize land via eminent domain and to sell bonds. The Reedy Creek tax district was created by the legislature in 1967 in a deal that led to the construction of Disney World. It gave Disney self-governing power over 25,000 acres, including overseeing its own building code and permits, which helped the company build faster.

“I think what you’ll likely see is some of the things that just made no sense,” said Fine. “You know, it isn’t going to be, ‘Oops, let’s go back to the way it was.’ You’re gonna see something substantially different.”

Iger, in the wide-ranging meeting with employees, said he’s not going to back down on having Disney be a “good citizen of the world,” which is sometimes mistakenly branded as political.

“I think there’s a misperception here about what politics is,” he explained. “I think that some of the subjects that have proven to be controversial as it relates to Disney have been branded political, and I don’t necessarily believe they are.”

--With assistance from Thomas Buckley.