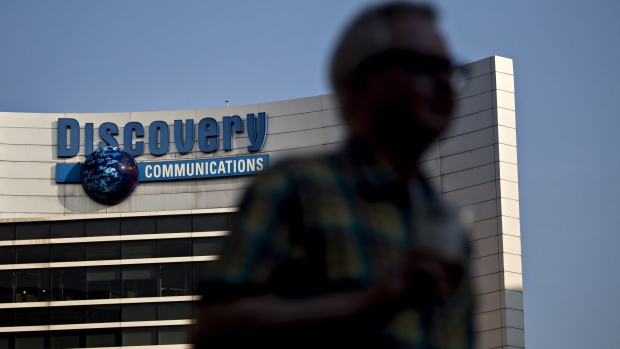 (Bloomberg) -- Discovery Inc., owner of the Food Network, is introducing a new streaming video service that will let subscribers watch live cooking classes with famous chefs and have recipe ingredients delivered to their homes.

The service, called Food Network Kitchen, will launch in late October and cost $7 a month, or $60 a year. It will initially be available only in the U.S. and expand globally within a year.

Discovery also struck a deal with Amazon.com Inc. to let subscribers call up cooking classes or recipes using the e-commerce giant’s voice-activated assistant, Alexa. And in some cities, subscribers will be able to order ingredients for recipes using AmazonFresh, the grocery-delivery business.

“This product, we think, is going to attract tens of millions of Americans,” Zaslav said in an interview. “The one thing every person on earth asks every day is, ‘What’s for dinner?’”

Discovery is combining two big trends in media these days: streaming and e-commerce. Subscribers will have access to live cooking classes with chefs from the Food Network, including including Bobby Flay, Rachael Ray and Guy Fieri. During the week of Thanksgiving, Martha Stewart will live-stream herself making a turkey each day, Zaslav said.

Discovery has secured a “significant marketing commitment” from Amazon, Zaslav said. Amazon will get a cut of the revenue whenever someone subscribes through an Amazon website.

Starting next year, subscribers will be able to buy kitchen equipment through the app and get 24-hour cooking advice.

Zaslav said the idea for the service began last Thanksgiving, when the Food Network’s website got 84 million visits over three days. But it was made possible only after Discovery acquired Scripps Networks Interactive, which owned the Food Network, last year for $11.9 billion. Discovery recently bought Panna, which offers online cooking classes, to add to its roster of chefs who give lessons on the service.

Discovery has a team of nearly 100 engineers working on Food Network Kitchen, led by Peter Faricy, a former Amazon executive. In an interview, Faricy said Discovery’s deal with Amazon will help the service quickly reach a large audience.

“We’re jumping on their back to scale our product and try to get this app in as many hands as possible,” Faricy said of Amazon.

Discovery expects to sink $300 million to $400 million into its digital efforts in 2019. That includes the cost of operating an online video service for golf fans and its Eurosport Player, which Zaslav calls “the Netflix for sports.”

Discovery’s Food Network isn’t the only big player in this space. BuzzFeed Inc.’s Tasty has built a massive audience with online cooking videos that are shared widely on social media. BuzzFeed has a partnership with Walmart Inc., where customers can buy Tasty-branded kitchenware and add ingredient lists from Tasty videos to their online grocery carts.

Many media companies are introducing streaming video services, but Discovery is trying to differentiate itself by focusing on unscripted programming and serving niche interests, like golf and cycling. It’s also building intellectual property that it can use worldwide.

Discovery is planning to roll out two more streaming services: one focused on Chip and Joanna Gaines, the stars of HGTV’s “Fixer Upper,” and another featuring the BBC’s natural-history library.

“We’re focused on owning global IP and being the dominant player in these niche areas,” Zaslav said.

To contact the reporter on this story: Gerry Smith in New York at gsmith233@bloomberg.net