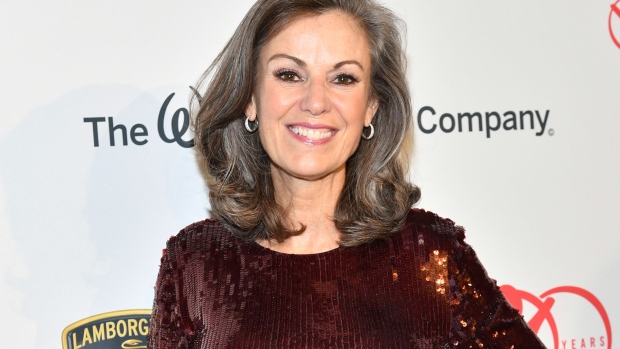 (Bloomberg) -- When Mary Dillon joined Ulta Beauty Inc. almost a decade ago, the personal-care company had around 675 stores across the US, made less than 5% of its sales online and generated around $2.7 billion in annual revenue.

After Dillon stepped down in June 2021 following eight years as chief executive officer, Ulta had around 1,300 stores, sold roughly one-quarter of its items online and reported $8.6 billion in sales.

While some of that success can be attributed to a surge in spending on personal-care products during the pandemic, a lot of the growth is Dillon’s doing. Now, Foot Locker Inc., which on Friday named the 61-year-old executive as its next CEO, is betting she can deliver the same magic at its struggling operations.

The athletic retailer has been foundering amid supply-chain disruptions and a pullback in business from Nike Inc., its biggest brand partner, earlier this year.

Dillon’s appointment generated excitement on Wall Street, sending Foot Locker shares up 20% for their biggest gain in more than two years. At least six analysts upgraded their ratings on the stock.

“If you’re a retailer looking for a new CEO, she’s almost the best announcement that you can make,” Evercore ISI analyst Warren Cheng said in an interview. He sees Dillon’s acceptance of the job as “a ringing endorsement that there’s still a spot for Foot Locker” in the sporting-goods landscape.

That spot has been in question as shopping malls lose favor and inventory piles up across the retail industry. Then in February, Foot Locker said that Nike was pivoting to sell more of its products on its own website rather than in other retailers’ stores.

“Nike has gotten so good at direct to consumer that there’s been a constant overhang thesis on Foot Locker that they’re not really needed anymore,” Cheng said. Dillon, 61, “is coming in at this change-in-strategy moment” and will have to convince shoppers, brands and investors that Foot Locker is still relevant.

Foot Locker’s current management team has already started to lay some of the groundwork. The company is teaming up with Adidas AG on two major launches this fall and has been increasing its offering of popular brands such as Hoka and On.

Dillon is likely to focus on making Foot Locker stores more attractive to a range of shoppers, including “sneakerheads” who are drawn to the design and cultural relevance of shoes, rather than just their utility.

Foot Locker opened it first store in 1974. Now, many locations are “kind of racks and stacks of shoes,” said Garrett Sheridan, managing partner at Axiom Consulting Partners. “It can be hard to find things that you want.”

Heightened competition from other retailers, including department stores and Amazon.com Inc., as well as direct sales by brands themselves, mean that Foot Locker will have to do more to stand out.

Dillon is likely to take a page from the blueprint she used to remake Ulta. While at the helm, she improved some of the salon services offered in-store and broadened the assortment of available products, including higher-end personal-care products as well as mass-market ones. That brought in a wider array of consumers -- from budget-conscious teens to executives.

The strategy ignited sales growth and transformed Ulta from what Sheridan calls a “drugstore retailer,” into a personal-care giant that competes against Sephora, owned by luxury juggernaut LVMH.

The deal that Ulta inked in 2020 to open its shops within Target Corp. stores solidified that broad-based consumer approach.

The breadth of Dillon’s executive career is unusual in the US. She was also global chief marketing officer at McDonald’s Corp. and CEO of US Cellular before taking the helm at Ulta.

Women still hold less than 7% of CEO roles at the largest public US companies. That includes Lauren Hobart, who was elevated to the top spot at athletic-goods rival Dick’s Sporting Goods Inc. last year.

The list of women who have been CEOs of multiple US public companies is even shorter. It includes Maggie Wilderotter, who was CEO of television e-commerce company Wink Communications, and cable company Frontier Communications. She’s currently the interim CEO of DocuSign Inc.

Despite the challenges that lay ahead at Foot Locker, Dillon is “probably more focused on the opportunities,” Sheridan said. “At this stage, she has nothing to prove. What’s she’s accomplished is amazing.”