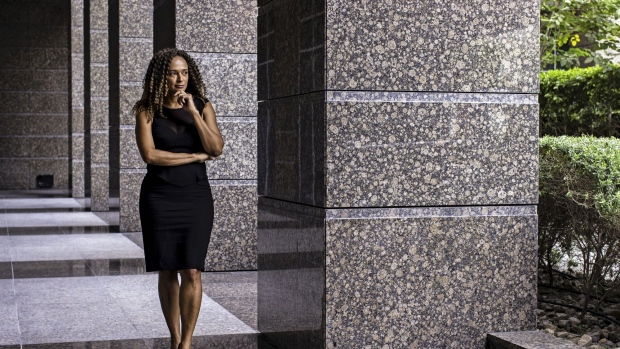 Isabel dos Santos at The Ritz-Carlton hotel in Dubai, on April 11. , Bloomberg

(Bloomberg) -- Toward the tail-end of Jose Eduardo dos Santos’s almost four-decade rule of Angola, Porsches, BMWs and even the occasional Ferrari meandered through the streets of downtown Luanda past legions of beggars.

Such public displays of affluence in one of the world’s most unequal nations are becoming less commonplace as the government intensifies a crackdown on graft, with many of the well-heeled trying to hide their wealth or pretending they were never really that rich after all.

“The market is tough,” said Kolly Villa, a luxury-car salesman in Luanda, the capital, who imports custom-made vehicles from the US to Angola. “People aren’t buying or using their own luxury cars because they’re afraid to go out on the street.”

Angola’s oil-fired economy boomed after a 27-year civil war ended in 2002, but the spoils largely ended up in the hands of a tiny elite with close ties to the former president. They included his daughter, Isabel, who became the continent’s richest woman with stakes in industries ranging from banking and cement to telecommunications and diamonds.

Rich Angolans who made their way to Portugal, the southwestern African nation’s former colonial power, established a reputation for living flashy lifestyles. Several bought multimillion-euro apartments and mansions in the seaside town of Cascais, and some residents blamed them for inflating real-estate prices. “You must think I’m Angolan,” became a common retort from those who felt they were being over-charged.

Then Joao Lourenco, a former army general, replaced Dos Santos in 2017 and unleashed an anti-corruption drive that’s targeted several members of his predecessor’s inner circle, and ostentatious displays of wealth became noticeably less prevalent. As Lourenco, 68, began a new five-year term this month, he pledged to intensify his campaign and spread wealth more evenly in a nation where the World Bank estimates that about half of the population of 33 million lives on less than $1.90 per day.

The government says it has already opened more than 3,000 corruption, money-laundering and other commercial probes since Lourenco came to power, and more than $20 billion worth of illicitly acquired assets have been seized in Angola and abroad.

Those targeted include Isabel dos Santos, who had her assets in Angola and Portugal frozen after an international media investigation dubbed the Luanda Leaks implicated her in several questionable business deals. She served as the chairwoman of Sonangol, Angola’s state oil company, during her father’s tenure and her net worth exceeded $2 billion. She’s denied wrongdoing and alleged that she is the victim of a political vendetta.

Jose Filomeno dos Santos, Isabel’s half-brother who ran Angola’s $5-billion sovereign wealth fund, was accused by Angola’s finance ministry of trying to siphon $1.5 billion from the central bank just days before his father stepped down as president. He was sentenced to five years in prison after a court found him guilty of taking part in an illegal transfer of $500 million from the central bank to an account in the UK.

At least three former ministers who served in Dos Santos’s cabinet have also been subjected to judicial inquiries. Dos Santos, who held power from 1979 to 2017, died in July at the age of 79.

Read more: Why Impoverished Angola Is Targeting a Billionaire: QuickTake

Paulo Carvalho, a sociology professor at Agostinho Neto University in Luanda, is among those who’ve observed distinct behavioral changes among the wealthy.

“Rich Angolans always had a tendency to flaunt their wealth in the face of others,” he said. “The fight against corruption forced many in the so-called elite to become more discreet.”

Alexandre Pacheco, founder of Luanda-based online real estate broker My Imovel, has seen a pick-up in demand for luxury properties after a prolonged recession, and also detected a shift in attitude among those shopping for homes worth more than $500,000.

“Most of the people who have the financial capacity to buy these properties ask others to do it for them,” he said.

Opposition parties accuse Lourenco of using his anti-graft crusade as a smokescreen to distract from the country’s economic woes and settle political scores, and allege that the abuse of taxpayer funds remains rife. Public disenchantment over corruption, rampant poverty and unemployment saw support for the Popular Movement for the Liberation of Angola, which has held power for almost half a century, fall to 51% in Aug. 24 elections -- the lowest level since the civil war ended.

Lourenco denies that prosecutions have been selective, and said he remains committed to raising living standards.

“The bodies of justice will proceed with their work in preventing and fighting corruption and impunity, which still exists,” he said in a Sept. 16 speech after being inaugurated for a second term.

Rich Angolans’ newfound penchant for austerity was absent from that ceremony --- dozens of Toyota Land Cruisers with tinted windows were seen leaving the venue in Luanda.

“Such displays of wealth, even if they have been tamed down, are no longer acceptable,” said Manuel Alves da Rocha, an economics professor at the Catholic University of Angola in Luanda, who has taught many of the nation’s top government officials. “The time has come to start caring for the rest of the population.”