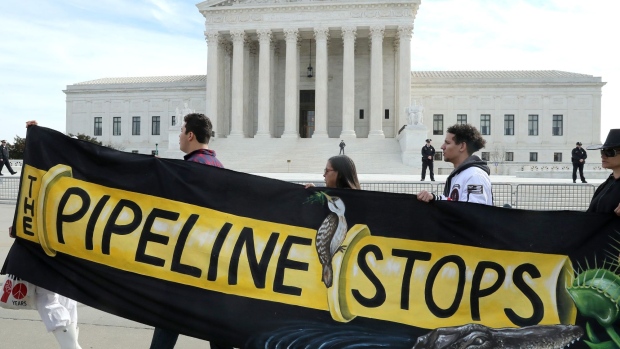 For years activists have focused on the supply side, with “divestment” playing a prominent role especially across college campuses. Targets have included everything from university endowments to pension funds, and investors have taken note or even been on the forefront of the movement.

Jeremy Grantham has argued forcefully for divesting from fossil fuels. Bob Litterman, Goldman Sachs’s former top risk manager, has bet against fossil fuels since 2014, with average annual returns of more than 20%. His bet is up about 50% so far this year alone. (Litterman is also a co-author of mine on the EZ-Climate carbon pricing model.) Meanwhile, too many economists have traditionally considered the divestment focus misguided at best, arguing instead to focus on limiting demand for carbon emissions.

Both demand and supply limits are important. But it’s time for economists to update their own model of how much supply matters. In short: a lot.

The basic Economics 101 logic focused on demand is simple: Imagine a large group of college students believe that Clean Corp. deserves their business, while Fossil Inc. does not. That group switching from Fossil to Clean directly hurts the former, while helping the latter sell more products. Sooner or later, Fossil Inc. realizes that demand for its products and, thus, profits have gone down, and it might even be motivated to clean up its act.

Now imagine instead that the same group simply sells Fossil Inc.’s stock and invests in Clean Corp. Someone else will have bought Fossil Inc.’s stock. For any ethical investor, the logic goes, an unethical one will gladly take their place. (And no, I’m not holding my breath for a universal boycott of all fossil fuel stocks.) If anything, those investors holding their noses will now be rewarded with higher returns for holding their “sin stocks.” The latest evidence points to stocks of companies with higher CO₂ emissions earning higher returns in the short term.

There are good theoretical reasons why some economists counsel a focus on supply. One involves carbon leakage: One country instituting (demand-side) policies might mean another picks up the slack and emits more. The other is leakage over time: The mere threat of stricter climate policy down the line induces fossil fuel companies to pump and dig more today. That particular phenomenon comes under the heading of the “Green Paradox.” One solution: Restrict supply.

Another reason the simple logic doesn’t hold is that it ignores the fact that climate change bats last. Sin stocks might yield higher returns in the short run. Carbon-intensive firms benefited from Trump’s election. But those short-term advantages vanish when both climate change and climate policy begin to hit. In fact, according to a financial economic analysis, institutional investors rewarded firms with “responsible” climate strategies, those that take (greater future) climate risks into account, even at the time of Trump’s election. The likely reason? Institutional investors with long time horizons “presumably expecting a post-Trump rebound to green policy.” It looks like those expectations will indeed pan out.

This already highlights the most important reason why a focus on supply works: politics. Fossil fuel interests wield vast lobbying powers. Political scientist Matto Mildenberger, in his authoritative treatise Carbon Captured, shows how U.S. climate policies have long been held captive by two powerful lobbies: business associations like the U.S. Chamber of Commerce on the one hand, and fossil companies’ labor unions on the other. The first holds particular sway over Republicans’ climate policies, the second over Democrats’. The utter inadequacy of U.S. climate policies is a direct result of this regulatory capture.

None of this is particularly new. Niccolò Machiavelli, writing about policy innovation, said as much in The Prince, in 1532: “There is nothing more difficult […] than to take the lead in the introduction of a new order of things. Because the innovator has for enemies all those who have done well under the old conditions, and lukewarm defenders in those who may do well under the new.” It is fossil energy producers who stand to lose the most from this new climate policy order of things. This is also why the lobbying power rests with producers rather than consumers. Climate activists focused on naming and shaming fossil fuel companies directly attack these powers.

Changing market conditions help, too. Cheap natural gas has helped break up fossil energy interests otherwise pulling on the same lobbying strings. For example, Exxon Mobil Corp., with its large natural gas interests, now supports—albeit rather tacitly—a $40-per-ton CO₂ tax. One reason is surely that the company, together with peers like BP, ConocoPhillips, Shell, and Total, sees the writing of stricter climate policy on the wall and would rather preempt it with a modest carbon tax.

A focus on the supply side has at least two other crucial advantages. For one, the U.S. is nothing but good at stalling large infrastructure projects and even killing them in their infancy. That typically works against sensible climate policy, with everything from dense urban developments to high-speed rail and transmission lines held up due to Not In My Back Yard thinking—all too often advanced by so-called environmentalists. For oil and gas pipelines, this NIMBYism works for the climate.

The second is the long-term nature of most energy investments. Path dependence matters. Early investment in coal plants and infrastructure locked in coal generation for many decades. Pipelines would do the same for oil and especially natural gas for decades to come.

The demand side of the equation is crucial—both by making carbon emissions more expensive and clean alternatives cheaper. The buck stops with the consumer. But getting the right policies in place requires a focus on the politics—and, thus, on the production side of things. Killing pipelines is a good start in the right direction.