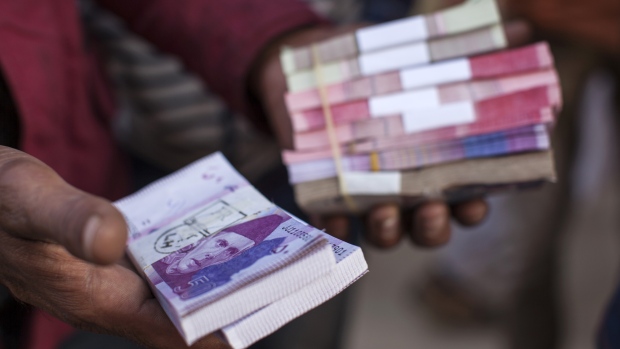 (Bloomberg Opinion) -- We’re about two months away from elections in Pakistan -- elections that are almost certain to be shrouded in controversy, one way or another. And, worryingly for Pakistan, it appears that the economy is weakening, just in time for the instability that might follow from the country’s turbulent politics.

Under the outgoing government -- led till last July by Nawaz Sharif, three times prime minister -- the economy had appeared to be doing well. In fact, a new energy seemed to have infused Pakistan’s entrepreneurs and investors; in the last fiscal year, the economy grew at 5.8 percent, the fastest rate in 13 years.

That now appears set to change. Economists polled by Bloomberg worry that, in the coming year, growth will slow to 5.2 percent -- a full percentage point below the government’s own optimistic forecast.

The problem is that much growth in the recent past has been unbalanced, depending particularly on investment from China in the China-Pakistan Economic Corridor (CPEC) -- a branch of Chinese President Xi Jinping’s world-spanning Belt and Road Initiative -- and on Pakistani government spending that matches the CPEC’s aims. China’s big bet on Pakistan’s infrastructure has to be paid for somehow, in part through the purchase of Chinese heavy engineering and other inputs.

Those imports have helped swell Pakistan’s current account deficit by 50 percent, to a record high of over $14 billion. Pakistan’s central bank has devalued the currency twice but has felt that it has few options other than running down the country’s foreign-exchange reserves; over the past fiscal year, a third of the reserves have evaporated. Governor Tariq Bajwa admitted this week that the central bank had borrowed $1 billion from Chinese banks in April to help forestall a foreign-exchange crisis.

These are the classic signs of a fragile economy that is failing to tighten its belt where needed. To give the outgoing government some credit, it tried to correct course slightly in its annual budget last month, which cut infrastructure spending by 20 percent.

As the economists polled by Bloomberg point out, however, that’s going to affect growth going forward. Meanwhile, the government’s other expenditures -- on wages, pensions and so on -- went up by 20 percent. There’s an election on, after all. And, of course, the pampered Pakistan military had its budget raised by 20 percent.

Many analysts expect that Pakistan is going to have to turn to the International Monetary Fund in a few months, particularly if its reserves continue to dwindle at this rate. Even the rabidly anti-Western opposition leader, Imran Khan, has reportedly admitted in private that he would approach the IMF for help if he’s elected.

The problem is that Pakistan’s leaders have put all their eggs in one basket. The CPEC may have some advantages for Pakistan’s economy -- for one, it has helped address the country’s chronic power shortage -- but the costs are worrisome. China forces Pakistan to buy Chinese equipment for use in Chinese projects, shredding its reserves; then Beijing extends loans to cover the purchases, which sends Pakistan’s debt soaring.

Pakistan’s external debt is now $91.8 billion -- up 50 percent since Nawaz Sharif was sworn in as prime minister almost five years ago. The public debt-to-GDP ratio is 70 percent, far higher than most of the country’s peers. And about two-thirds of the early loans from China have been extended at a usurious rate of interest – seven percent, according to some experts.

The next government -- even if it’s again led by Sharif’s party -- will have to recognize that Pakistan’s China-first economic model has broken. Frankly, it looks awfully odd for Pakistan to be bankrupted by China and then to approach the West -- in the form of the IMF -- for help. China and Pakistan may be “iron friends,” but this isn’t what friends do to each other.

The truth is that the cure for Pakistan’s economy is obvious -- just difficult for politicians to implement. Pakistan needs to be integrated with the global economy, not just with China’s extractive state.

Only after Pakistan begins to export more to the world will it be able to pay for what investment it needs. Currently, the exports-to-GDP ratio is below 10 percent, far lower than other countries in the region. The Sharif government began structural reform with some enthusiasm, but that effort faded as it ran into heavy weather politically.

The reform program needs to be revived, and forms of funding and building infrastructure must be found that don’t leave Pakistan dependent on expensive Chinese financing. Till that happens, even fast growth won’t be sufficient to paper over the Pakistan economy’s essential fragility.

To contact the author of this story: Mihir Sharma at msharma131@bloomberg.net

To contact the editor responsible for this story: Nisid Hajari at nhajari@bloomberg.net