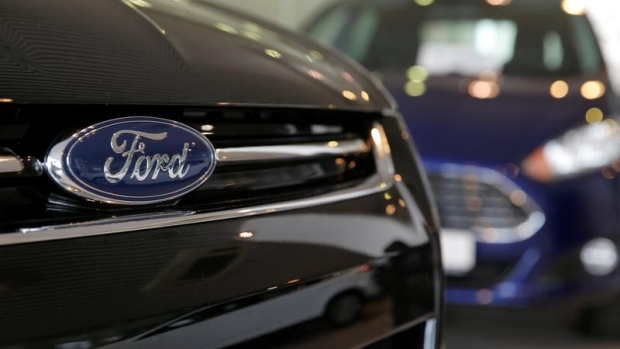 Ford cars are seen on sale at a dealership of Genser company in Moscow, Russia , Reuters

Ford Motor Co. (F.N) will close three plants in Russia, pulling out of a car market where it was once a pioneer as part of a broader overhaul of its money-losing European operations.

The move is also the latest sign of foreign companies and investors souring on Russia, where an economic slowdown and western sanctions have dimmed the outlook for what many automakers long saw as a key growth market.

Ford this year will close two plants that produce passenger cars and one that makes engines, leaving only a factory that will assemble commercial vehicles. In a filing, Ford said it expects to take charges of as much as US$500 million and will give up control of its joint venture to local partner Sollers PJSC. The companies said in a joint statement the moves will lead to “significant” job losses, without being more specific.

Foreign investment in Russia has plunged since President Vladimir Putin ordered the annexation of Crimea in 2014, triggering the first of several waves of U.S. and European sanctions. Shortly afterward, Ford wrote off its entire US$329 million investment in its joint venture with Sollers. A year later, General Motors Co. wound down its Russian operations.

Ford shares rose as much as 1.1 per cent to US$8.86 shortly after the open of trading Wednesday in New York. The stock is up about 15 per cent this year.

Ford’s decision to scale back its local presence reflects on the dismal state of car sales in a market that, at the start of the decade, looked prime to become Europe’s largest. Vehicle sales have roughly halved since their 2012 peak, hit by economic weakness and a plunge in the value of the ruble. 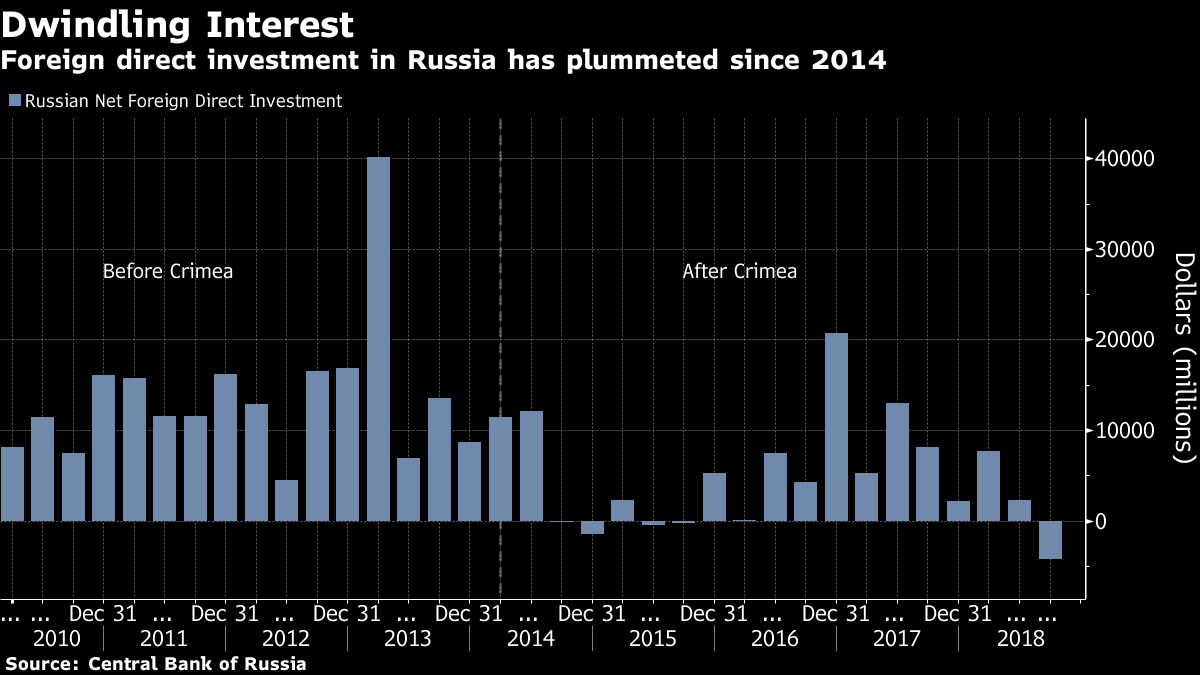 “Ford’s exit from Russia’s passenger-car market is the first meaningful capacity reduction in foreign operations, jettisoning a region that contributed to US$400 million in losses in European operations last year. The action adds key-market risk by centralizing all earnings capabilities in North America.”-- Kevin Tynan, global autos analystClick here to read the research

“It is a sad day for our auto market, as Ford once produced the most popular foreign car in Russia,” said Andrei Toptun, chief analyst at specialist research firm Autostat, who estimates the company’s plants have been operating at about 25 per cent of capacity. “Their market share never recovered from a decision to sharply raise prices in 2015.”

To be sure, not all carmakers have written off Russia. France’s PSA Group is planning to reintroduce Opel vehicles this year after acquiring the brand from GM, assembling two models at its Kaluga plant southwest of Moscow. China’s Great Wall Motor Co. plans to open a factory this year in Lipetsk.

Ford’s decision is a dramatic reversal by a company whose commitment to Russia predates Putin’s rise to power in 1999 and has survived previous downturns. Ford opened its first local assembly line in 2002 at a factory outside of St. Petersburg that produces the Focus and Mondeo models. In 2011, it merged its operations into the joint venture with Sollers. Putin announced at the time that Russia’s state development bank agreed to lend US$1.4 billion for the project.

Ford said it will shutter the St. Petersburg plant and another in Naberezhnye Chelny that makes the Fiesta and EcoSport crossover. The company will also close an engine factory in Elabuga.

An assembly plant there that produces Transit light commercial vehicles will remain open. The Transit remains the top-selling foreign van model in Russia, according to Autostat’s Toptun.

The closures are part of a broader restructuring of Ford’s European business in an attempt to streamline operations in a region that has been a drag on earnings for years. The Dearborn, Michigan-based company is closing a transmission factory in France and cutting staff in Germany and the U.K.

--With assistance from Keith Naughton.