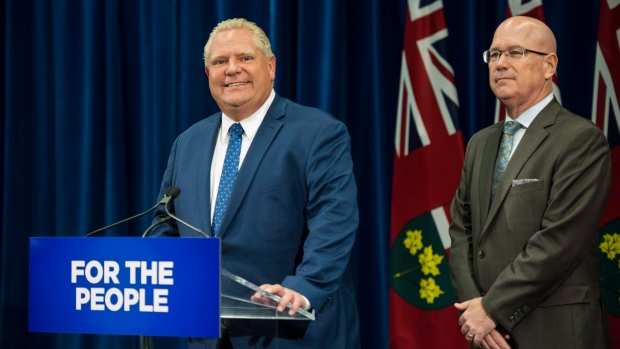 He says the province risks missing this summer's construction season if the delays continue.

Trudeau says Premier Doug Ford's government has yet to say on which projects, including transit, it wants to partner with Ottawa.

The prime minister says Ontario is dragging its feet because it doesn't want to work with his Liberal government.

Trudeau's ramped-up rhetoric today comes ahead of October's federal election in which Ontario will be a key battleground.

Last week, Ford announced a $28.5-billion plan for four transit projects in the Toronto area and said he expects the federal government to contribute.